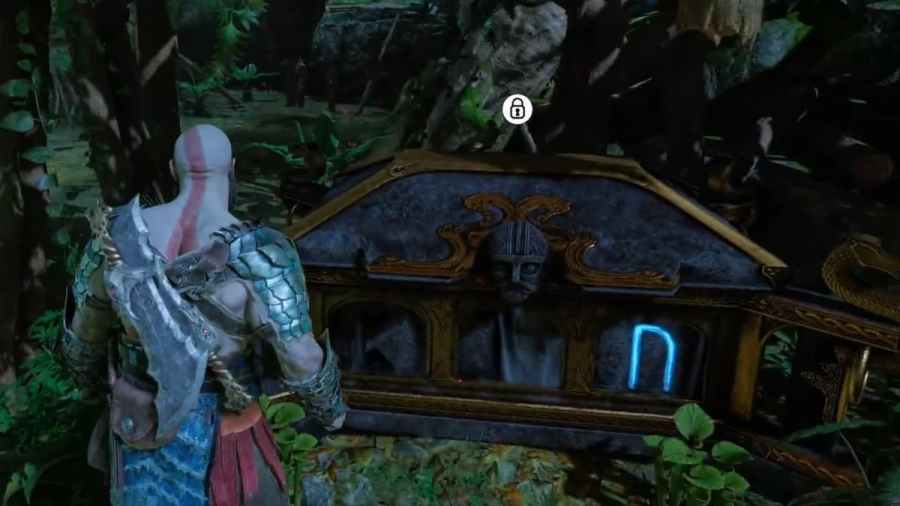 To use the crane and flame it holds:

This torch is located directly in front of the chest. Simply face the chest, turn around, and use the Blades of Chaos to ignite the torch.

Related: How to defeat Gryla in God of War Ragnarok

The second torch is found beside the crane on one of the rocky hills. Align the crane so the bucket is near the torch, then use your Blades of Chaos to swing the bucket into the torch. It will glow blue when you successfully light it.

Similar to the second torch, the third torch is located on the opposite side of the crane. Repeat the steps for torch #2 to light the final torch.

With all three torches ignited, return to the Nornir Chest, which will be glowing gold. Open it to collect your rewards. This chest contains Horn of Blood Mead, increasing your Rage after collecting enough.