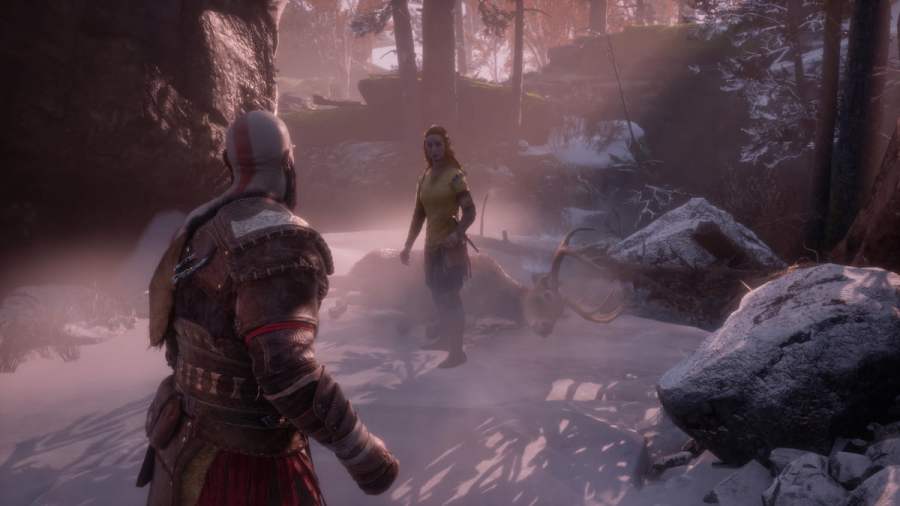 There are a lot of memorable characters in God of War Ragnarok, with many of them played by well-known voice actors. God of War casts its voice actors extremely well, the shining example being Kratos, the Ghost of Sparta. But aside from the protagonist, many side characters also prove to be very impressive. One of the lesser-featured but still important characters in the game is Faye, played by Deborah Ann Woll.

What else does Deborah Ann Woll play in?

Players may not be familiar with Deborah Ann Woll, but they may have unknowingly seen her in popular movies and TV shows. She makes appearances in Daredevil, True Blood, The Punisher, The Defenders, My Name is Earl, and many other notable franchises.

Who is Faye in God of War Ragnarok?

The Ghost of Sparta was not always the single father players see in the God of War series. Shortly before the events of God of War 2018, Kratos loses his wife, Faye. And though her presence is very limited throughout the game, her death has the single largest impact on its course of events. Players come to find in the first game that Faye is not only the wife of Kratos and mother of Atreus but also a giant from the realm called Jotunheim.

Who plays Faye in God of War Ragnarok?