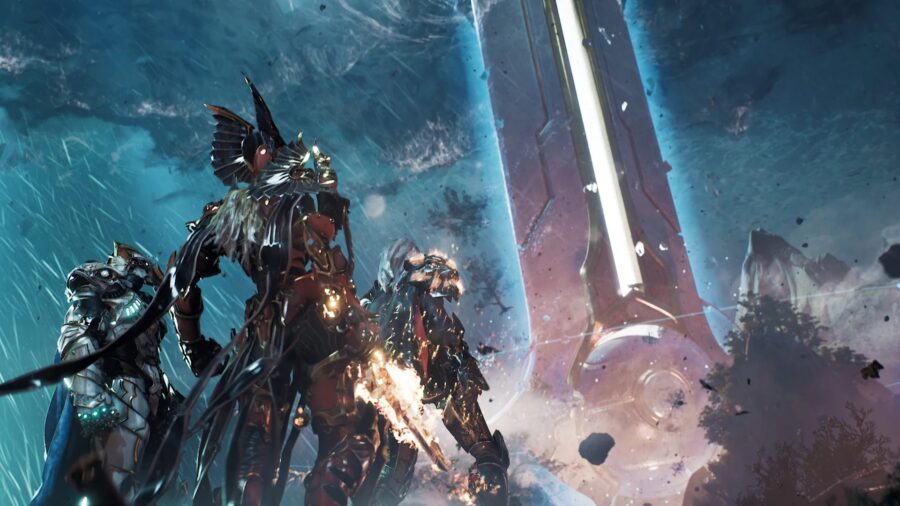 Godfall is a third-person Looter-Slasher, and it was the first game to be confirmed to be released on the PlayStation 5! Though, of course, there has been plenty of other games announced since then, it still holds an extraordinary place by being the first. Godfall is a high-fantasy RPG in which the world is split up into unique realms, each with a different elemental property - Fire, Air, Earth, and Spirit. For you avid book readers out there, if you have read Brandon Sanderon's The Stormlight Archive or The First Law by Joe Abercrombie, then you'll be pleased to know that these novels inspire Godfall's world!

As of this moment, we are unsure of Godfall offers cross-play between the PlayStation 5 and Windows PC versions. As Godfall is co-op in nature, we would presume yes, as you can play PvE (player vs. environment) with up to three people online. There is no PvP (player vs. player) multiplayer element, so there is no matchmaking to enter a deathmatch or anything like that. The co-op feature is implemented into the game from launch, so when Godfall releases this November, you'll be able to hop straight into co-operative play!

Considering this, it's much easier to focus on cross-play between only two platforms than to add multiple platforms. Furthermore, due to the games PvE nature, security issues will be less of a problem, but this will change if they decide to add a PvP element to the game. A few years ago, as Sony was the market leader for consoles, they were adamant not to include cross-play. Though recently, Sony's stance has changed, and they have declared that it is completely up to developers to implement cross-play going forward. We will be astonished if cross-play is not added to Godfall.

Godfall is being released on PlayStation 5 and Windows PC, and you can pre-order the title on the PSN Store and the Epic Games Store.