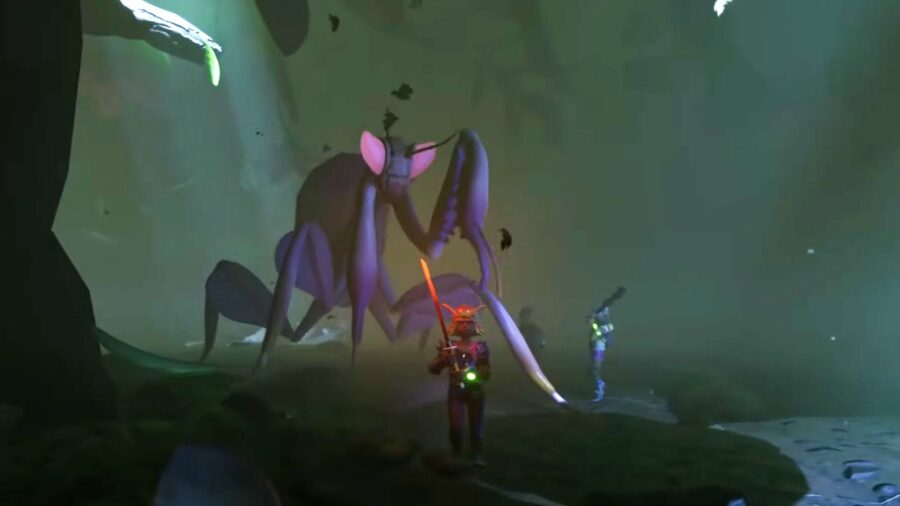 Obsidian Entertainment's backyard survival game Grounded is scheduled for a full release after being available in early access since July 2020. Grounded 1.0 will release in September 2022, adding many new bosses, including the fan-requested Praying Mantis.

The Mantis boss was revealed in the extended Xbox Showcase with gameplay footage showing off some of its attacks and movement. The Mantis will join other bosses around the backyard including the Broodmother, Termite King, and others added into the full game.

Related: All Armor and Armor Set Bonuses in Grounded

Like other bosses, the Mantis is expected to be a difficulty challenge that may require some help from your friends. Bosses in Grounded utilize special attacks and can quickly overwhelm you if you are not careful. You will have to prepare for the boss fights by gathering resources, finding a good base location, and creating weapon and armor. Grounded 1.0 is also expected to introduce more building and crafting options, so there will be plenty to discover and explore.

Since releasing in early access, Grounded has evolved with every update. Developers have been hard at work giving fans exactly what they want to see in Grounded by hosting Developer vlogs, releasing detailed patch notes, and helping fans discover the far corners of the backyard.

The Mantis is one of many new bosses coming to Grounded’s 1.0 release