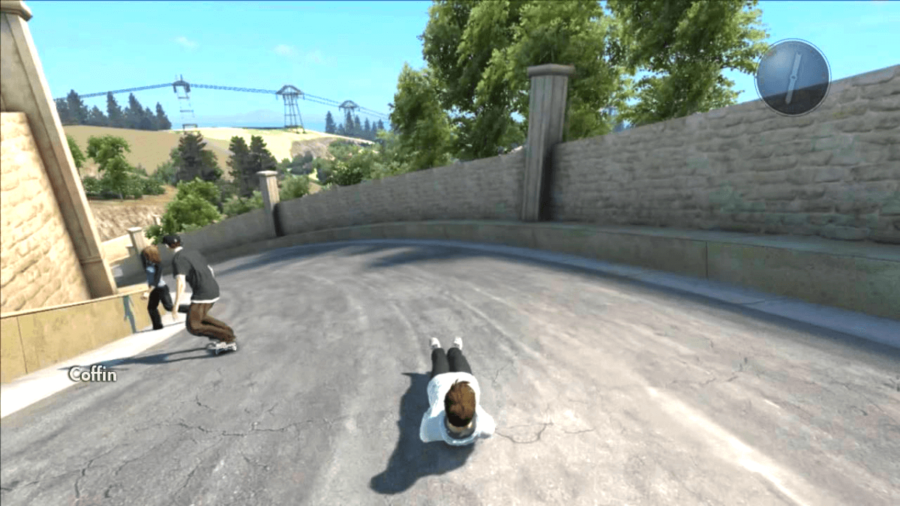 Skate 3 has an abundance of tricks that you can do which are really fun to pull off. They can also lead to some cool, yet silly looking lines and combos! One of these tricks is the coffin, so here is how to do a coffin for that added touch.

How to do a Coffin

In Skate 3, the coffin will have your skater lay flat on their back whilst on the skateboard, and they will continue rolling around whilst laid down. To enact a coffin it is fairly easy, just simply:

This trick looks especially cool when getting some massive air or going through really narrow gaps, so try getting into a coffin and see where you can fit through! Places that have prominently featured in epic challenge videos have been the likes of between telephone polls and across the shipping containers at the harbour.

You can also technically do coffin flips, which look a bit like when Homer Simpson falls out the back of that ambulance into a canyon... but with more style! So try flipping your skater around off of the Mega Ramp whilst in a coffin as well to see what gnarly positions you can end up in.

Of course, you don't actually have to use the coffin in any trick lines if you don't want to. Another fun thing to do is to start from the top of the map past PCU (Port Carverton University) and to coffin your way down to the Carverton Shredathon park at the bottom, trying to dodge all the cars on the way down - or going underneath them if you're brave!

Wanting some more Skate 3 guidance? Check out how to do the speed glitch!

How to do the Speed Glitch in Skate 3