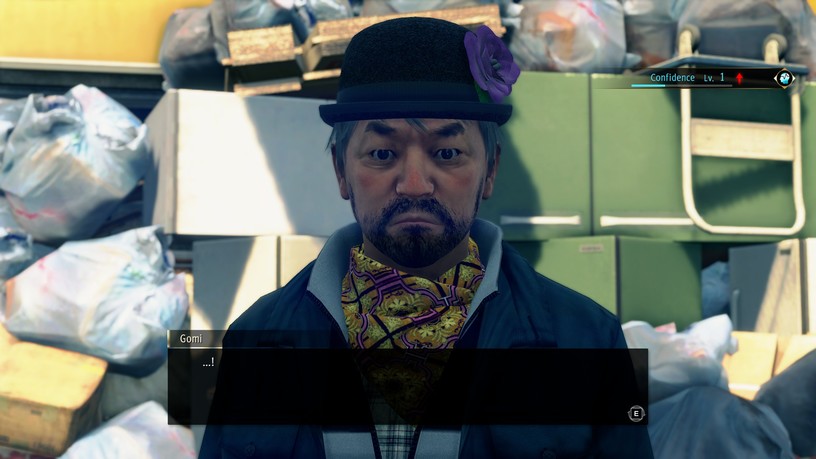 In Yakuza Like A Dragon, you will amass many items you are not going to have a use for from battles; luckily, there's a place in the game where you can sell your junk items. It's a Pawnshop  located on Misaki Street, but it won't be immediately available to you until you complete a certain substory. If you keep reading we will explain how to unlock the Pawnshop in Yakuza Like A Dragon through this side quest.

How to complete On Man's Trash and unlock the Pawnshop

At the start of chapter four, and once you unlock the hero class, numerous substories will become unlocked for you, and of them is the one called One Man's Trash.

One Man's Trash is as we previously mentioned, the substory you need to complete to unlock the Pawnshop, and to start it, you need to head on over to Misaki Street. If you don't know where this is, it's right next to the Can collecting mini-game. Once there, look for a pile of trash up against a building and walk past it. If you don't know where to go, see the image below and above for a reference. 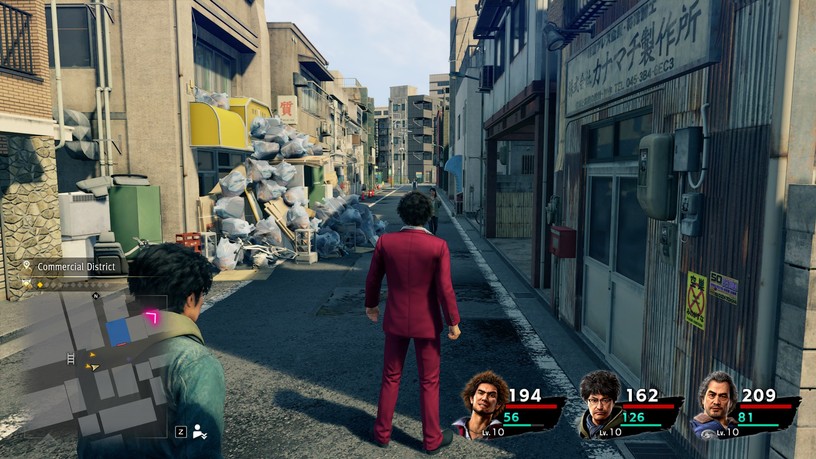 Walking past the trash will start a cutscene that will begin the quest, where a young woman will inform you of the current situation regarding the trash outside what once was a Pawnshop. You will learn in short, that the owner is a hoarder and refuses to throw out any of the garbage.

After the cutscene ends, you will need to leave the area and come back to progress in the quest. I recommend just heading to Hello Work further up the road and just turning around and going back to the Pawnshop. By the time you get back from Hello work, you will see two men standing outside the shop as shown below. 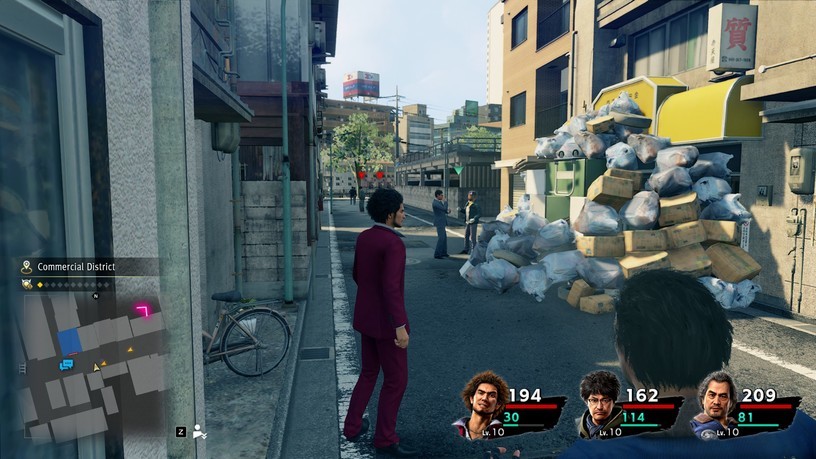 At this point, you will need to walk up and hit "E" to start a conversation with the one in the suit. Then after some brief dialogue, he will offer you the task of convincing the owner to remove the trash. If you should accept the task, you will have the following options to convince the older man who owns the Pawnshop. 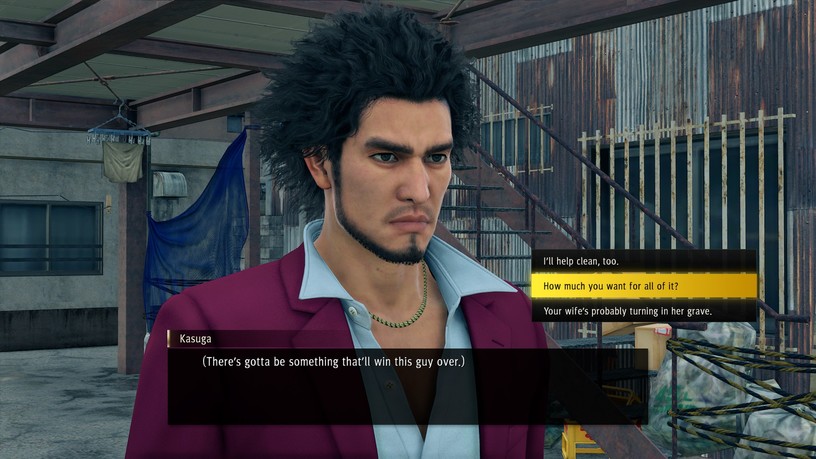 In short, no matter what option you pick, it comes down to what personality level you want to be raised. Choose the option you want, and after you win the fight with the older man, he will agree to clean the shop after a bit of dialogue we won't spoil here.

You will also gain a Fire amulet as a reward for completing the quest and unlock the Pawnshop, which can then be used to buy and sell items. If you want to use the Pawnshop, walk inside and talk to the old guy behind the counter.

How to unlock the Pawnshop in Yakuza: Like a Dragon