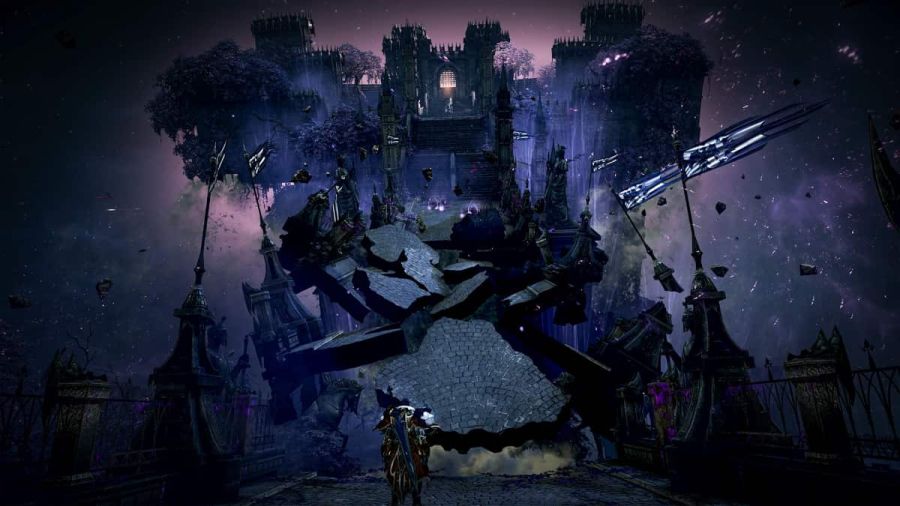 In Lost Ark, Tranquil Karkosa is the second Abyssal Dungeon under the Gate of Paradise set of dungeons that you can play through. Much like the Sea of Indolence dungeon, this one will require eight players instead of the standard four. To unlock it, all eight players need to have completed the Sea of Indolence dungeon, completed the main Feiton questline, and have a minimum Item Level of 960 before entering.

Related: Where do I get Song of Temptation Lost Ark?

How to Complete Tranquil Karkosa Abyssal Dungeon in Lost Ark

Unlike the previous dungeons, this one has three bosses instead of two. There are also five parts to get through with the first being a mob-clearing phase. Before you start, it's important to ensure that each player establishes their position according to the points of an octagon. For example, one player would stand at the north point of the octagon shape while the other seven players stand at the other seven points. This will become important during the final phase of this dungeon.

You'll be moving through the deep sea, fighting different sea creatures and ghosts.

Phase 2 - Kallivan of the Eroded Storm

When you've reached the end of this area, you'll face your first boss of the dungeon, Kallivan of the Eroded Storm. This pirate captain will attack players using either an anchor or pistol. Depending on which one he holds up, players will have to move into the color slice that appears around Kallivan in order to avoid damage. The pistol indicates the red slice and the anchor indicates the blue slice.

Kallivan also has a Stagger Check that is indicated by an unbreakable shield that surrounds him. The moment that the shield appears, two Ghost Magicians will appear. They must be defeated in order for the shield around Kallivan to drop so players can reach him before he can unleash his Stagger Check attack. If the players miss the Stagger Check, Kallivan can wipe out the party.

The third area is another mob-clearing phase that is very similar to the first.

Related: Where to find World Boss Ancheladus in Lost Ark

This boss isn't as difficult as the first, but does perform an attack in which it grabs a random player and slams them on the ground, harming the other players. While this is happening, the boss will summon a pufferfish that will move towards Karkosa's Punisher. If you don't defeat these pufferfish before they hit the boss, then they will explode and deal a ton of damage to nearby players.

This boss also has a Stagger Check attack where it will pick up a nearby player and trap them. The other players need to work together to deplete the Stagger Bar so that the trapped player doesn't get dealt additional damage. After that, this boss's regular attacks aren't too difficult to overcome.

This boss is pretty hard in comparison to the ones you've fought in previous dungeons. Players will want to deal as much damage as possible to the turtle in the center of the map. While doing this, you'll want to be careful when Drakhan reaches both sixteen health bars and then again at eight. At those points, the boss will walk to the center of the arena and channel an attack that pulls water into it.

Eight circles will appear around Drakhan which will indicate where players will stand as decided before entering the dungeon. Players must stand in their respective circles immediately because Drakhan will send out orbs in the direction of the players. When the first orb hits the players standing in their respective circles, each player will need to move clockwise to the next circle. The orbs are either yellow or blue (Electric or Water) and if players don't move in time and take on two of the same orb, they will take on a lot of damage.

Walking to the next orb must be done by each player four times which will then cause Drakhan to Stagger. Doing this incorrectly can cause the boss to wipe out your entire party.

The same mechanic as above will need to be implemented here, but a bit differently. Now, players will need to stand at the third point for a second orb to hit them. Once the second orb has hit each player at the third circle in the rotation, then players can walk to the fourth circle and have another orb hit them.

Again, if this is done incorrectly, this mechanic can cause all of your party members to be wiped.

For more Lost Ark, check out How to get Illusion Bamboo Island Soul in Lost Ark only on Pro Game Guides.

How to unlock Tranquil Karkosa Abyssal Dungeon in Lost Ark