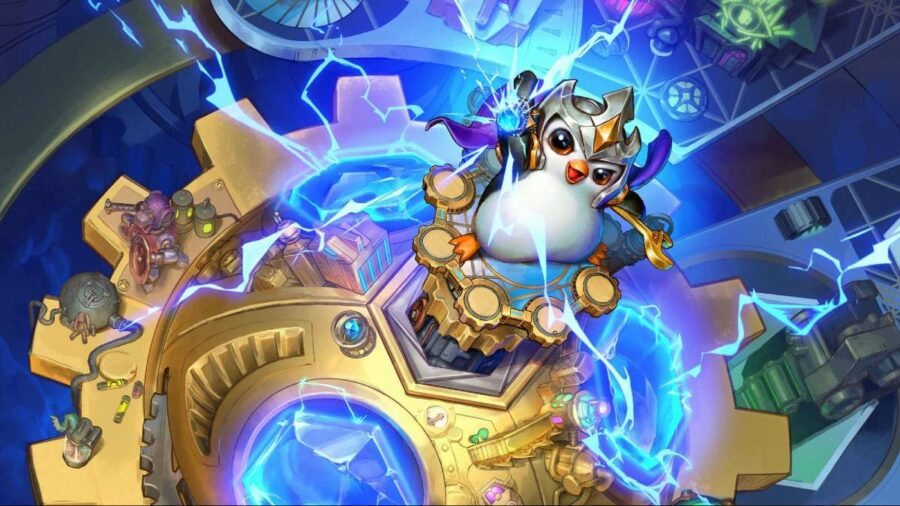 Teamfight Tactics is a strategy game based on a lot of skill and a little luck. Players go through round after round, saving or spending gold to purchase champions for their team, combining them and their special traits to make the strongest group possible. In this guide, we're covering all the basic information you need to know about each Champion, Class, and Origin.

The rates at which you see tiers of Champions depends on what level you are. In the beginning of a match you will see lower ranking Champions in your shop. As you level up, you will see higher cost champions more often, until you reach levels seven through nine, when you finally start seeing 5-cost Champions. Here is the drop rate for each Champion tier based on your level.

This is the list of each Champion available in the Gizmos and Gadgets set, sorted alphabetically.

Each class has a special trait that applies when you combine multiple Champions of that class. In these lists, we explain the important traits of each class and which Champions count towards the class total.

Related: All Items in Teamfight Tactics Set 6: Gizmos and Gadgets

That's it for the list of champions for this set! Be sure to bookmark this page for when we update it for Set 7!

Want more help with TFT? Be sure to check out our guide on how the TFT ranking system works!