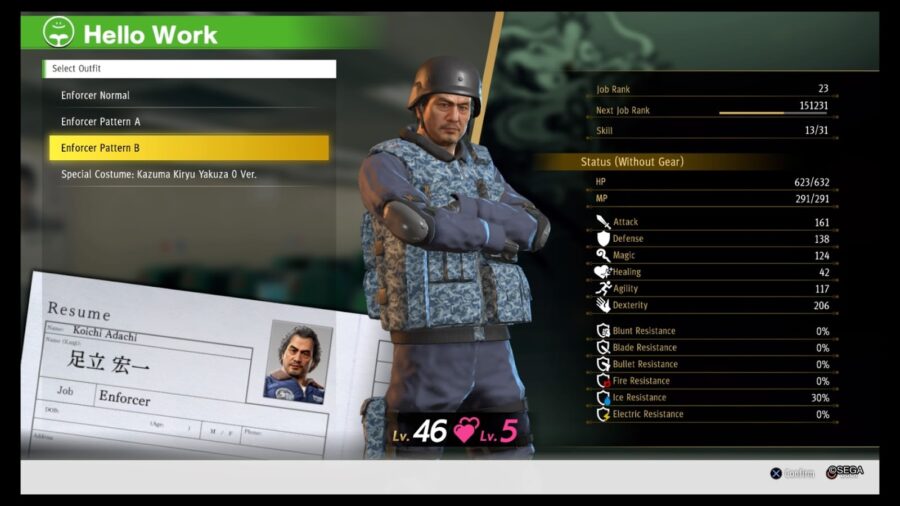 Yakuza: Like a Dragon has multiple jobs that Ichiban and co can change into when they reach Chapter 5, and this is where the game truly opens up! Each job class is unique and brings something different to the table, and each one is pretty zany to boot! However, some jobs without proper equipment are lackluster at best; one such example is the Enforcer job.

To buy shields in Yakuza: Like a Dragon, which is incredibly rare to find in shops. It's one of the weapon types that does not often appear in any shops in Yokohama. That is until Chapter 9, where you have to complete a substory to access a hidden black market weapon shop.

The substory that you have to complete is Substory 36 - Whispers of the Underworld. When you complete this quest, you unlock the Chau Ka Long's Armory, a black market shop selling weaponry. This is the only shop we have found in the entire game that sells a Shield weapon.

The only other place to get yourself a shield is to craft it yourself at Romance Workshop, but that is very costly. Though if you are lucky, you could find a shield when exploring Yokohama.

The Romance Workshop opens up in Chapter 5 as a substory, and in Chapter 5, it also opens up the job system for everyone to use. This is also when you can change outfits for your party. One of the jobs you can change into is the Enforcer, which is basically a tank, that uses a shield as a weapon, perfect for Adachi.

However, shields are pretty rare in the game; it's pointless using this job until you can get better weapons for it. As Yakuza: Like a Dragon is pretty difficult; you really need all 4 party members working together; having a member being a letdown is not great.

As you can craft a shield at Romance Workshop; however, it'll cost you 2.3 million yen to do so. You read that correctly. Shields are not available to be crafted until Workshop Rank 3. To rank up the Workshop, you have to fund it with your own money. To increase the Workshop to Rank 2 costs 200,000 yen, which isn't too bad. But to increase it again to Rank 3 costs 2,000,000 yen, which is insane. 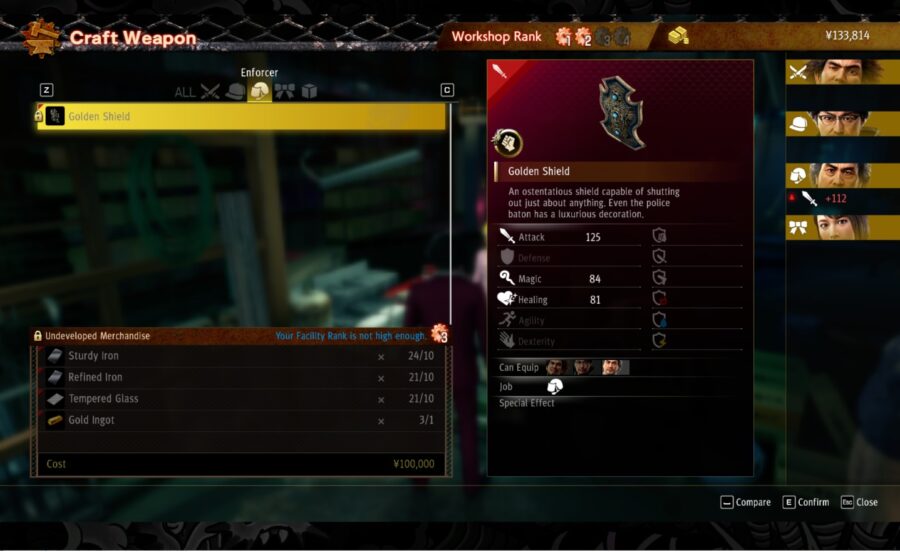 The shield you can make is the Golden Shield, which is a massive increase over the starting shield you get for the Enforcer job. Even the items needed is doubtful you'll find any until the later chapters of the game. Only those who have purchased the special edition Yakuza Like a Dragon - Legendary Hero Edition will have the materials early on.

It's going to take you so long to get a decent shield for the job; it's not worth ranking it up in Chapter 5 onwards. Late game, the Enforcer will be a beast, but it's not a variable job change in the early-mid game. Especially the cost, better to go find scorpions to sell!