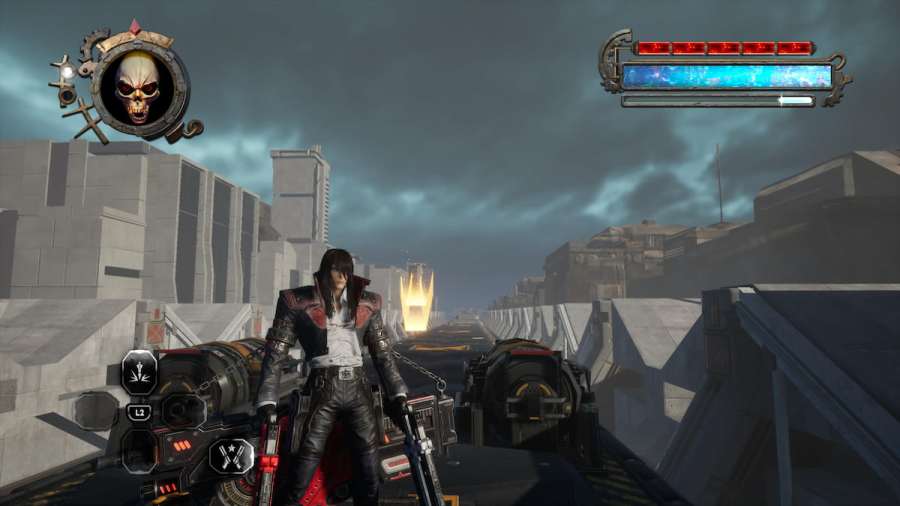 Gungrave G.O.R.E most often requires you to focus on pure destruction, but sometimes there is more than just shooting your way out. One of those challenges awaits you in Stage 5, where you'll hop on the train. While most of the level is straightforward, things become intense when you get on top of the train. Here's how to finish this stage in Gungrave G.O.R.E.

How to complete the train level in Gungrave GORE

To complete the train level in Gungrave G.O.R.E, you must avoid railway signs while fighting enemies. This can be tricky, as your hero, Beyond The Grave, is bad at strafing. Rolling on the side is out of the question, as you can easily fall. This is the greatest challenge, as getting off the train means death. Like that's not enough, at the end of the stage, you must jump off the roof before the tunnel. Follow these steps to survive on the top of the train in Gungrave G.O.R.E:

The biggest challenge is at the end, where you must jump off the roof before the tunnel comes. Beware of the proximity mines, as the explosion will knock you off the train. To activate mines, get close to them and then run away, but not too far. Repeat this for each mine. Before you try to run past enemies, take down ones with shotguns. After this, use the Chase ability to move forward faster in combination with running and jumping. This way, you'll manage to (eventually) jump before the tunnel.

For more on Beyond The Grave's action, check out What is the most useful skill in Gungrave GORE on Pro Game Guides.