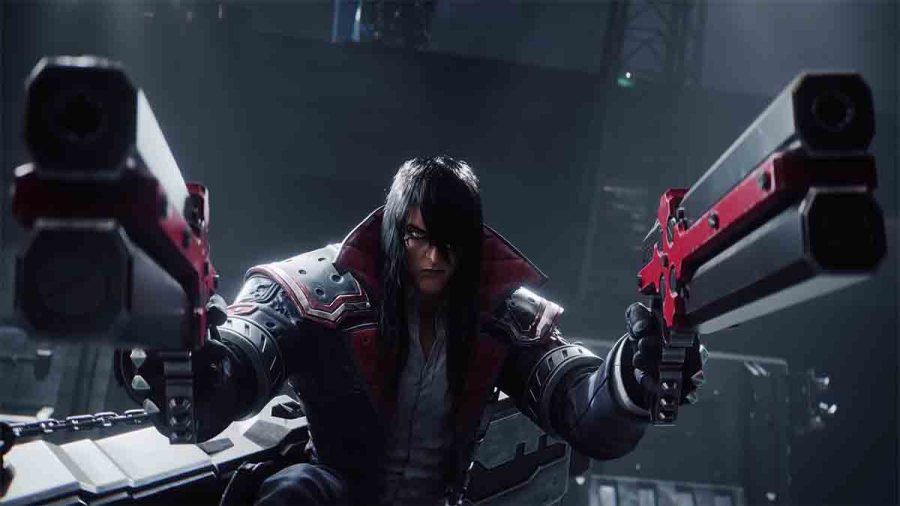 Gungrave GORE's boss fights vary equally in strategy as well as difficulty. Where one boss like Gungrave GORE's Brhatu will force you to keep your distance, other bosses are easier to handle up close or even at a middle range. Kung Fu Master and Yensen are great examples of bosses that force you into a certain range and keep you there as much as possible, and as such, require certain strategies to defeat. On top of that, you face these bosses back-to-back, so be ready for a long battle.

How to beat Kung Fu Master in Gungrave GORE

Kung Fu Master has plenty of tools to keep you close or punish your range. He will constantly dash to you to unleash a flurry of blows before charging up energy blasts. You need to be constantly dodging away from him to avoid damage.

At about two-thirds of his health, Kung Fu Master will surround himself with energy and begin to teleport back and forth to avoid your gunfire. He also gets some new attacks in this phase.

Related: How to survive on the top of the train in Gungrave GORE

The main thing to focus on in Kung Fu Master's fight is your distance. You should try to keep him out of your comfort zone, but when he eventually gets close, you need to dodge away. This should make the fight much easier.

How to beat Yensen in Gungrave GORE

After Kung Fu Master goes down, Yensen kills him before beginning the next two fights, which feature Yensen's two forms. The tactic against Yensen's first form will be quite similar to Kung Fu Master, with you staying away from his close-range attacks.

During this phase, Yensen will constantly summon clones and teleport around you, making it hard to predict his next attack. All of his attacks in Phase One can be executed out of a teleport and by his clones.

The beginning of this phase will be marked with a new attack, and will feature new, stronger variations of previous attacks. The attack that begins the second phase is called Teleport Slash:

Once you have defeated Yensen, the Boostmaster, he will monologue before injecting himself with a drug that turns him into an entirely new boss.

In this form, Yensen will grow in size, change his outfit entirely, and grow two robotic arms. This is probably meant as a big warning, since Yensen Superior's attacks hit like a truck compared to the two bosses before him.

The beginning of Phase Two will be marked by Yensen stopping in place before teleporting away for a few seconds. After that, he will execute a new version of Teleporting Blades that ends with a downward slash.

How to beat Kung Fu Master and Yensen in Gungrave GORE