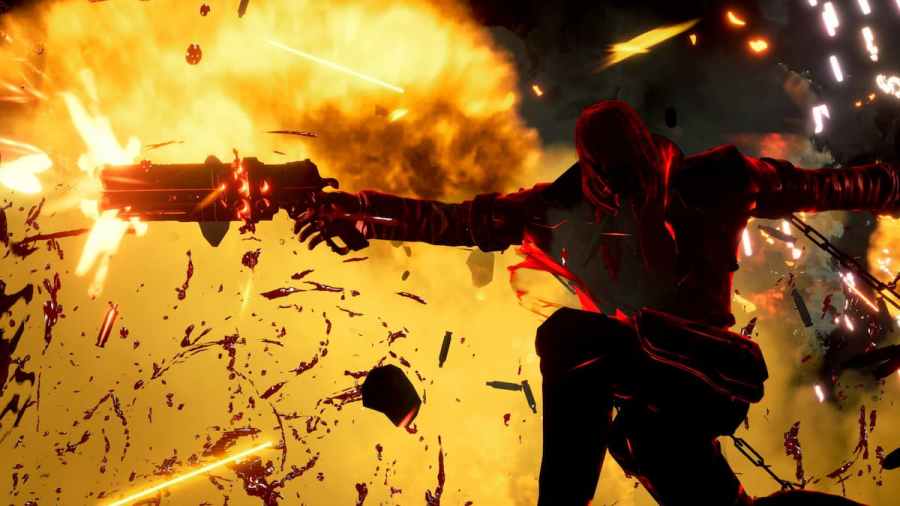 Gungrave GORE features heavily varied boss fights, both in difficulty and strategy. For example, Gungrave GORE's Brhatu boss fight is all about staying far away from him. In contrast, fighting Zell Condorbrave is all about dodging at the right time and getting in as much damage as possible as quickly as possible. Below you'll find a guide on how to beat Zell's boss fight, including his attacks and how to best defeat him.

How to beat Zell Condorbrave in Gungrave GORE

In Phase One, Zell will loop between three attacks that each discourage you from using one strategy to beat him.

At a little over half health, Zell will enter his second phase. You'll know this phase has begun when Zell performs his first new ability:

Depending on the game's difficulty setting, you can activate Fury Mode and quickly take down Zell even with the mercenaries attacking you. The mercenaries don't deal very much damage, and Zell's health pool is small, so if you can, your best option will most likely be to focus down Zell before he can get any abilities off.

How to beat Zell Condorbrave in Gungrave GORE