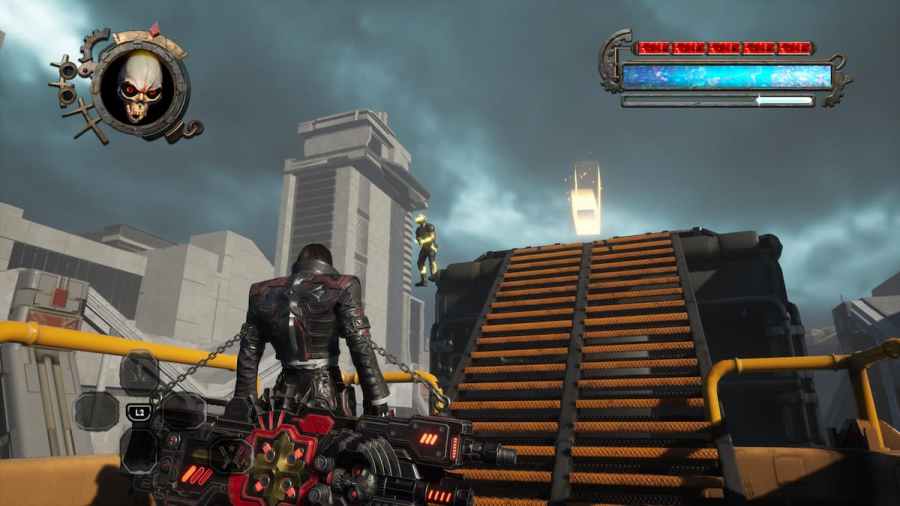 Gungrave G.O.R.E is a shooter with an arcade-game action structure. It feels like the action is infinite, but there is an actual ending in the game. There are different areas with multiple stages, and most zones have a boss at the end. So how many stages are there in Gungrave G.O.R.E?

How many levels does Gungrave GORE have?

There are 31 stages in Gungrave G.O.R.E, meaning you'll have to invest multiple hours in completing the game. That's easier said than done, as levels are long and sometimes too hard for your current weapon skills level. To avoid being too weak, try gathering as many points as possible at the end of each stage. If the stage is easy, try replaying it to collect more points for upgrades. With boosted abilities, you'll have a better chance in later stages.

Sometimes, you'll find it almost impossible to complete the level, mainly because some sections are very hard. It's almost like developers wanted to test your mettle, but at the same time, they left you with a choice to change the difficulty. To pass those challenging stages, lower the game difficulty to Easy. It's better than wasting hours trying to complete them (we won't tell anybody).

For more information on Beyond The Grave anti-hero, check out What skills to upgrade first in Gungrave GORE on Pro Game Guides.

How many stages are there in Gungrave GORE?