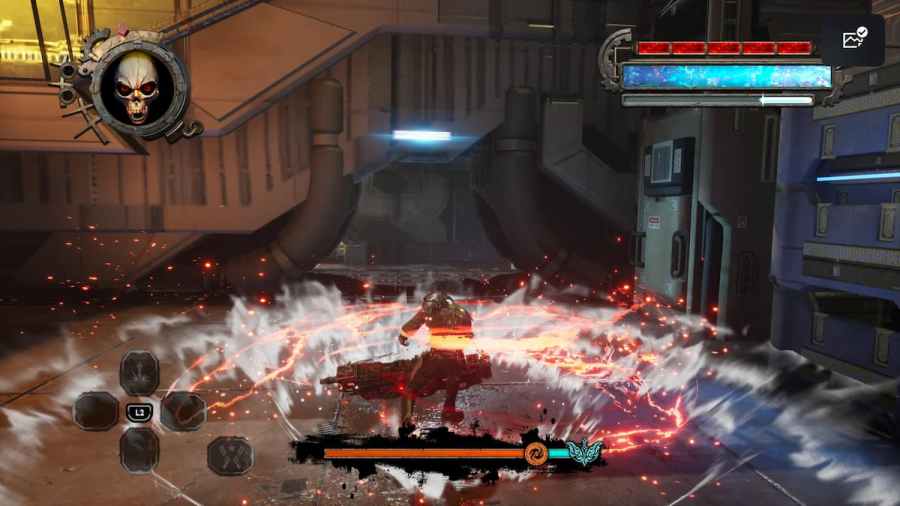 Gungrave G.O.R.E is an intense third-person shooter that will test your skills. The more fierce you are in destroying enemies, the more points you get for more powerful abilities. From the start, you get several more than one way to eradicate opposition effectively. Because there is so much to choose from, you'll want to know what skills to upgrade first in Gungrave G.O.R.E.

There are several ways to go with skills choice at the beginning of Gungrave G.O.R.E. If you're playing on Hard settings and have problems staying alive, invest points in HP Upgrade Lv.1 (hit points) and, more importantly, Shield Recovery Upgrade Lv.1. But if you want to expand your offensive repertoire, the best way to go is Demolition Point Upgrade Lv.1.

By selecting this skill, you're unlocking additional powerful abilities you can activate with Demolition Points. You'll usually need one or two points, as they can clean the entire room of enemies in seconds. Most of these special moves are connected to the Death Hauler coffin you carry around.

How to get Demolition Points in Gungrave GORE

To get Demolition Points in Gungrave G.O.R.E, you must fill the Demolition Gauge bar on the upper right of the screen below the shield. You'll see one circle on the left of the skull filled when it's loaded. The fastest way to fill the bar for Demolition Points is to play aggressively and kill many enemies quickly. The game won't let you fight cautiously, so an all-out war against the evil forces is the only way to go.

How to get points for upgrading skills in Gungrave GORE

Gungrave G.O.R.E encourages you to deal with as much destruction as possible in the most creative ways possible. This way, you'll earn more points at the end of the level, which you'll use for upgrading skills. If you play conservatively, you'll complete that level (maybe), but you won't have enough points to improve. This can be problematic in the later stages of this lengthy game when you need more powerful moves to stay alive.

For more information on Gungrave, check out How to escape the drilling machine in Stage 3 in Gungrave GORE on Pro Game Guides.

What skills should I upgrade first in Gungrave GORE?