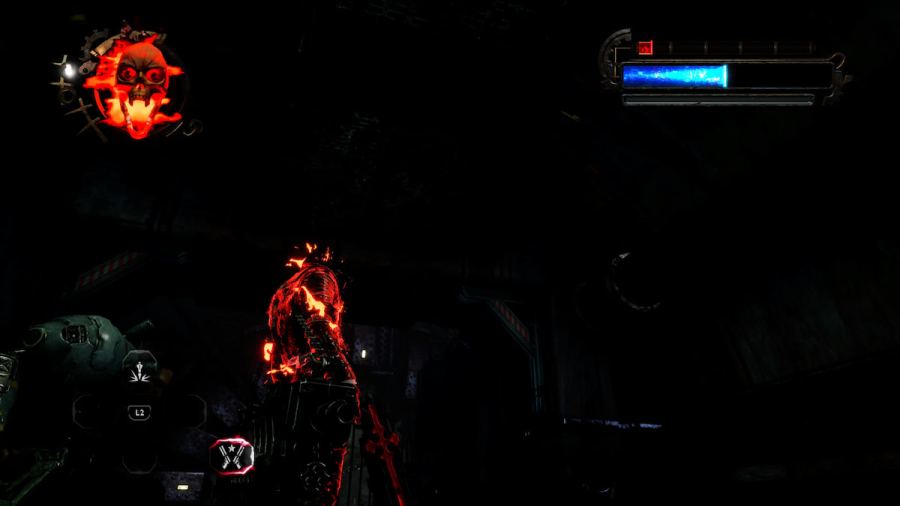 In Gungrave G.O.R.E, you can pretty much destroy anything that moves. Well, almost anything. You'll find yourself in a dangerous situation in Stage 3 when a colossal machine tries to run you over. In most cases, you can solve any problem by shooting at it. But not this time, as this machine is impervious to bullets and every other attack you can think of. So, how to escape this dangerous machine in Gungrave G.O.R.E?

How to escape the bulldozer in Gungrave GORE

To run from the bulldozer in Gungrave G.O.R.E, you need to move fast through the hostile mob of mobsters. That's easier said than done, as many enemies are blocking your way while shooting at you. You'd generally clean the floor, but that's impossible. If you try to fight them, you'll die from the machine. But running mindlessly is also not a good idea, as you'll kill yourself in the process.

There is a solution where you can move through enemies quickly by using Chace's ability. To be successful, you must use this ability several times in a row. This way, you'll rush into the enemies like jumping from one liana to another, effectively escaping the machine. Be careful not to be surrounded by enemies as you need space to perform Chase and evade the roller with spikes coming after you. Gungrave's game length is more than a few hours, so you'll need to work on your skills to survive challenging situations like this.

For more information on Gungrave G.O.R.E, check out What skills to upgrade first in Gungrave GORE on Pro Game Guides.