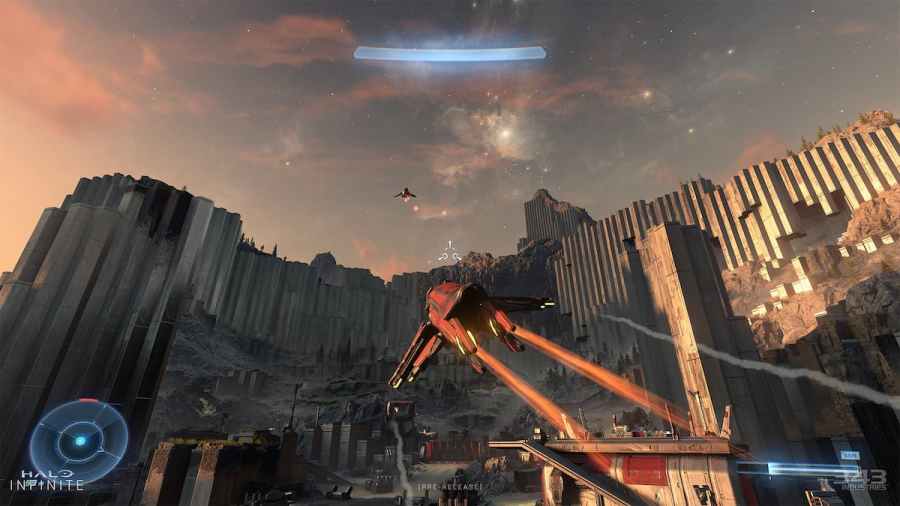 Released in 2021, Halo Infinite is the sixth mainline entry into the Halo series and a return to form for 343 Industries. But with a name like Halo Infinite, you’d expect the game to be an open-world extravaganza. But the reality is a little more complex than that. So is the campaign in Halo Infinite an open world?

Halo Infinite does have an open world, but it's not available until after the second mission. Zeta Halo is a huge world to explore, but most missions are pretty on the rails. There are 14 missions in the main campaign.

After this, you have the mission laid out on a tactical map, which you can travel to between missions. However, once you get to a mission location, you're usually tasked with going underground or exploring forerunner structures. These missions are more like previous Halo games and don't really use the open-world. They happen within Halo Zeta, but once you're on a mission, you'll have to complete it within the set parameters.

Related: Halo Infinite Co-Op – How to play the campaign with friends

The biggest part of the open world is finding Skulls. These are scattered around the open-world and not necessarily on the same track as the missions. Forerunner artifacts are also hidden, and some upgrades in the form of Spartan Cores.

Overall, while Halo Infinite is an open-world game, the campaign is not open world and isn’t really affected by it.

For more Halo Infinite guides and information, check out How to fix Multiplayer is unavailable error in Halo Infinite on Pro Game Guides.

Is the campaign in Halo Infinite open world?