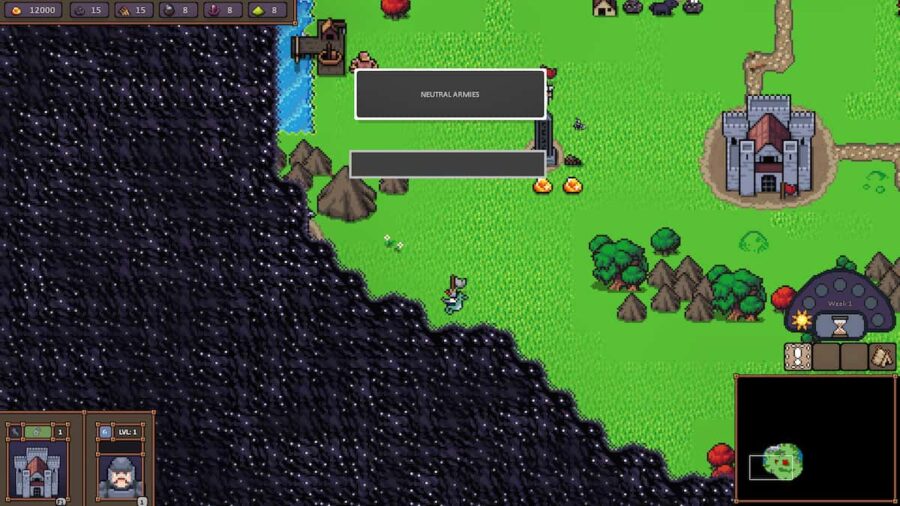 Hero's Hour takes the turn-based strategy genre and incorporates auto-battler features. You must explore the world while building up your army to take down the AI-controlled enemies. But, there are also neutral armies, which may leave you wondering what they are.

Neutral armies are similar to your army and the AI-controlled armies. They get their turn and move about the overworld just like you and the enemy teams. The main difference is that, while they are hostile, they will not actively attack you or claim buildings, resources, or artifacts.

Related: What are Reserves in Hero’s Hour and how do they work?

Neutral armies can be ignored if you so choose, but they are a good source of experience, resources, and (sometimes) artifacts. Upon defeating a neutral army, they will drop valuables that you can collect. Just make sure you are prepared to take them on; they can be challenging.

Neutral armies are marked by a gray flag and will wander without direction on their turn. In addition, there are various monsters and unclaimed buildings that are also considered neutral, which you can attack and claim.

For more information on Hero's Hour, check out Should you choose Control Battle or Skip to Outcome in Hero’s Hour? and How to build in Hero’s Hour — Towns explained on Pro Game Guides.

What are neutral armies in Hero’s Hour?