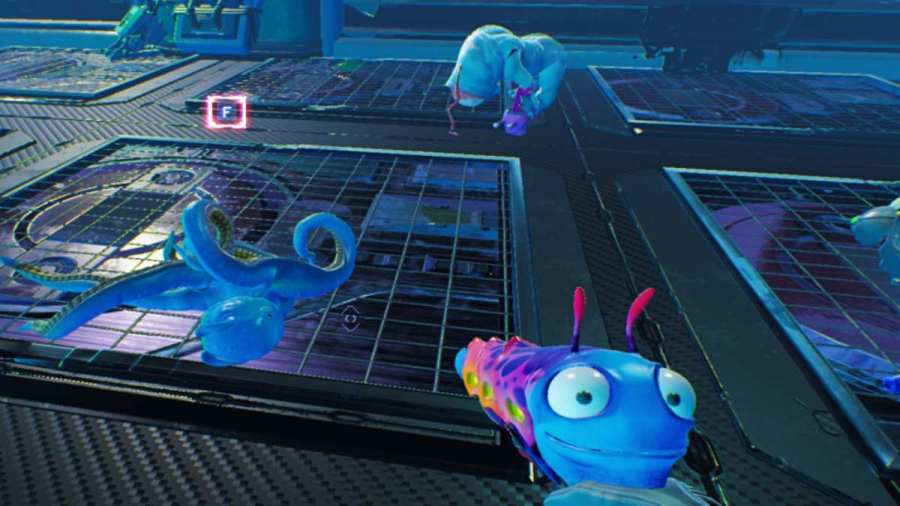 Players report a game-breaking bug after the Douglas boss fight in High on Life. Some players have not been able to escape the room of the boss fight after respawning in it. The bug occurs when players die at the beginning or end of the boss fight, preventing progress and locking the room.

There is no known bug fix for the Douglas boss battle. Players who die before or after the boss battle may be trapped in the room and forced to start the game from the beginning. High on Life developers are aware of the issue and are working on a fix. You can track if they have addressed the bug on the High on Life official Twitter page.

How to avoid the Douglas boss fight bug

The bug can occur due to a mechanic of the Douglas boss battle or dying before making it to the next checkpoint. When you reduce Douglas's health to zero, he will make a last-ditch attack by activating all electric traps on the floor. If you are low health, this can easily kill you, respawning you in the room after the fight, sometimes with the door locked.

To avoid dying at the end of the Douglas boss fight, grab onto the hookbug located in the air in the middle of the room when the traps are about to activate. After Douglas dies, you can pick up Sweezy and exit the room.

The bug can also occur after leaving the room. If you die before making it to the next checkpoint, you can respawn back in the room with the door locked. Players must be extremely careful navigating back to the portal and avoid falling after the boss battle or getting trapped back in the boss room.

Since developers know the issue, the problem should be fixed quickly. For now, try to avoid dying at the end of the Douglas fight or before reaching the next checkpoint.