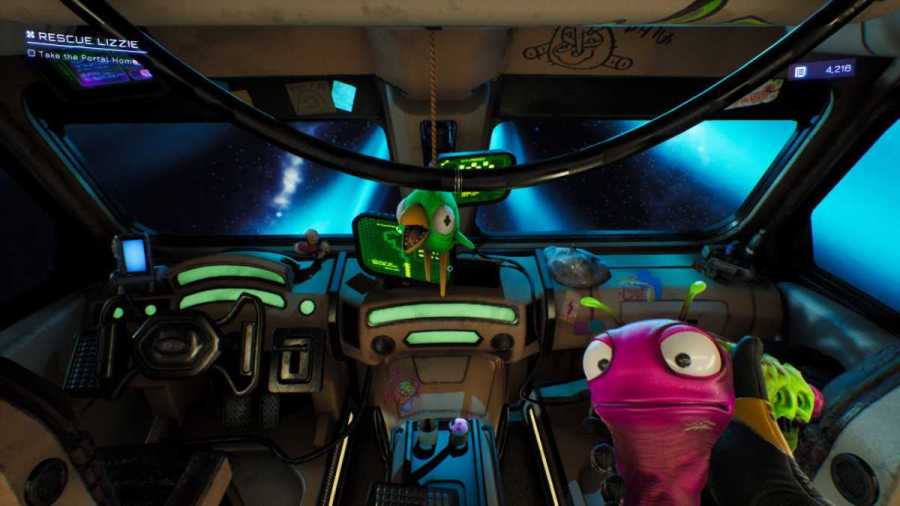 When you start High on Life, you'll immediately want to go through all of the bounties you can get your hands on. Of these, Krubis and Douglas are among the first that you can complete. Krubis is a drug-huffing psychopath whose main drug of choice is furgles, small creatures that resemble hedgehogs. Beating him will give you the Gatlian gun Gus. On the other hand, Douglas is a sadistic squid who, when you defeat him, will grant you access to the Gatlian gun Sweezy. Of course, they're both great options, as you get great rewards and achievements for each bounty you complete. But, who could you choose first as a bounty, Krubis or Douglas?

Related: How to get the Summoning Portal Mod in High on Life

Who should I choose first Krubis or Douglas as a bounty

It might not seem so obvious initially, but you'll want to go with Douglas first. This is mainly because of the weapon, Sweezy. If you do it the other way around, you'll miss the Gunning for your job achievement as you are required to have Sweezy.

This achievement is only available during the Krubis bounty. You'll be asked to speak with a Moplet receptionist named Helen. If you have Sweezy equipped, you can choose the dialogue option I'm the new Boss. You won't get this option unless you have Sweezy. At this point, you will be able to boss the Moplets around using different dialogue options until the achievement pops up.

For more High on Life, check out both High on Life Cheats and Codes (December 2022) – Are there any? and Should you stab Gene with Knifey in High on Life? only on Pro Game Guides.

Should I choose Krubis or Douglas first as a bounty in High on Life?