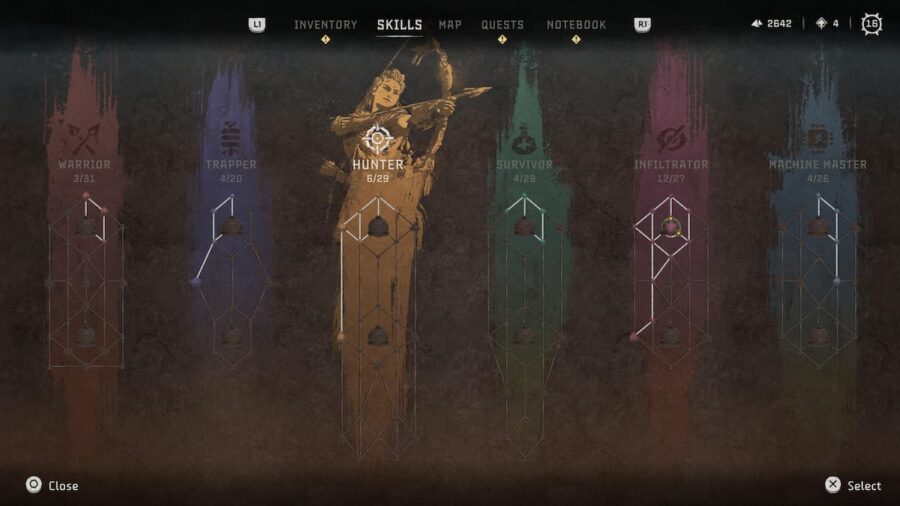 There are a lot of skills in Horizon Forbidden West. It can be hard to know where to spend those precious skill points. There are six different skill trees, each specializing in a different part of Aloy's abilities and weapons. Here are the best skills for each tree.

The Warrior tree specializes in close-quarters combat by buffing Aloy's melee damage and effectiveness and including weapon techniques for the Warrior Bows.

The Trapper tree specializes in food and your trap effectiveness. This includes Weapon techniques for Tripcasters and Ropecasters.

Related: What is a Valor Surge in Horizon Forbidden West?

The Hunter tree specializes in ranged combat by buffing Aloy's ranged damage and effectiveness while also including weapon techniques for the Hunter Bows and Boltblasters.

The Survivor tree specializes in keeping Aloy alive but increases your healing effectiveness and defenses while also including weapon techniques for the Blastslings and Shredder Gauntlets.

The Machine Master tree focuses on your effectiveness with overridden machines. This includes Weapon Techniques for Spike Throwers.