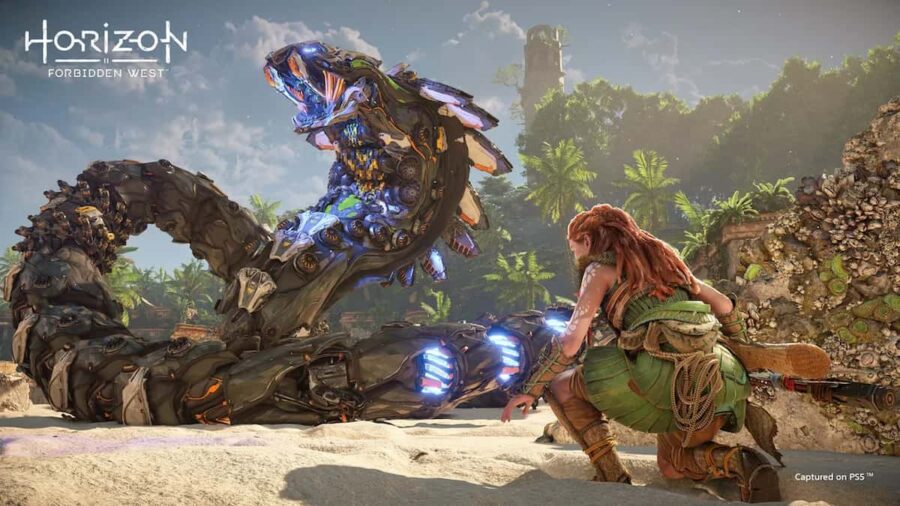 Update 1.13 for Horizon Forbidden West is now available to download for players on the PlayStation 4 and PlayStation 5. The update fixes known bugs within the Main Quests and Side Quests for the game, while also making improvements in a lot of other areas of the game.

One issue the update fixes is the problem in the Reach for the Stars main quest. The progression in the quest will sometimes not update after restarting the Clear the rubble with the pullcaster objective. Update 1.13 fixes that. The patch also fixes bugs in main quests Death's Door and Singularity where progression is blocked somehow.

Related: How to complete a Salvage Contractor’s contracts in Horizon Forbidden West

Update 1.13 further fixes glitches where progression is blocked in multiple side quests, including "The Bristlebacks," "Drowned Hopes," and "Lofty Ambitions." The patch also fixes a bug where Aloy gets stuck underwater during the “Go to the Source of the Signal” objective in the side quest "Signal Spike." Update 1.13 fixes another problem in the side quest "A Soldier's March," where the objective “Scan for Penttoh’s Tracks” will not trigger if players arrive on a Sunwing nearby the marker for the “Climb the Mountain" objective.

The latest patch also fixes several World Activities, including fixing glitches with the Cauldron IOTA and Cauldron CHI. There are also several bugs with the Machines that are fixed in Update 1.13. For example, there was an issue where the Tideripper would get its Water Hose Sweep attack interrupted for some reason. Update 1.13 fixes that problem. Several UI glitches are also fixed in version 1.13.

For more on all things Horizon, including All Machine Strike Challengers in Horizon Forbidden West, keep reading Pro Game Guides.