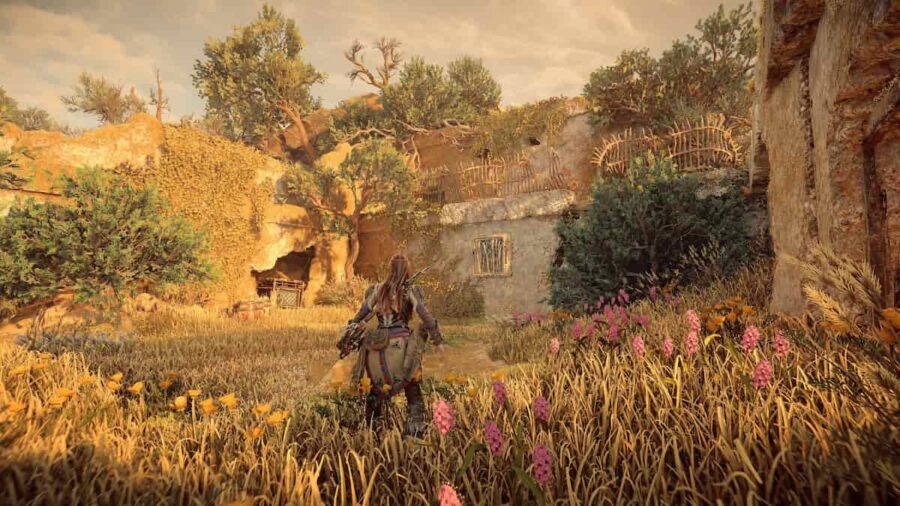 Some of the new challenges added to Horizon Forbidden West's map are the Relic Ruins. Relic Ruins can be found all over the map and will force players to complete obstacle and traversal puzzles in order to find the collectible held within each Ruin. The steps that will need to be taken to complete the Relic Ruins: No Man's Land are listed below:

Related: How to upgrade Pouches in Horizon Forbidden West

Where to find the Relic Ruins: No Man's Land

The Relic Ruins: No Man's Land will likely be the second Relic Ruin players will come across in Horizon Forbidden West. It can be found just southwest of Barren Light and southeast of the first Tallneck that players will encounter.

Following the steps above should result in players getting ahold of the Door Code (2204) mentioned in Step 12. The Door Code can be obtained as early as Step 4 if players go straight to the data point.

How to get the power cell across the water

Once found, the power cell will need to be fully charged and then moved across a waterlogged area without getting wet in order to unlock the door. If players follow the steps above, they should be able to get the power cell across the water safely using the moveable crate mentioned in Step 5.

What is the reward for the Relic Ruins: No Man's Land?

These Ornaments are used later in the game once players reach the camp in Las Vegas and also complete the Nights of Lights quest. Players can redeem the Ornaments by talking to an NPC named Stemmur who can turn the Ornaments into beautiful light shows. These collectibles are pretty cosmetic in nature and won't have a large effect on gameplay.

How to complete ‘No Man’s Land’ Relic Ruins in Horizon Forbidden West?