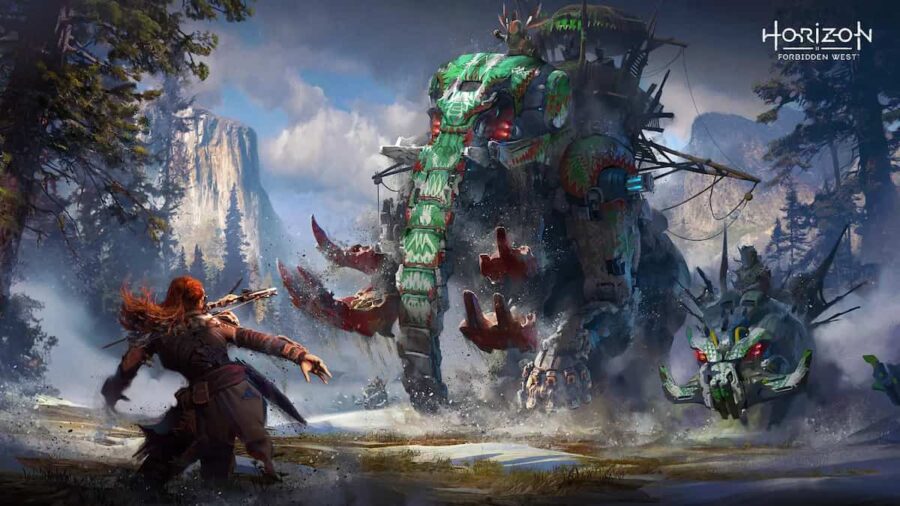 Horizon Forbidden West is set to arrive on Feb. 18, 2022, and PlayStation revealed some of the bonus rewards for purchasing various editions of the game. Exclusive in-game cosmetics like the Carja Behemoth Elite outfit will be highly sought after, and there is only one way to acquire them.

The Carja Behemoth Elite outfit can be acquired by purchasing either the Digital Deluxe Edition, Collector's Edition, or Regalla Edition of Horizon Forbidden West. Each of these editions will also give players the Carja Behemoth Short Bow along with the outfit.

Related: How to claim the Horizon Forbidden West Pre-order/Deluxe Bonuses

The Collector's Edition of Horizon Forbidden West is also available for pre-order in the PlayStation Store and it costs around $199.99. This Edition contains a custom sculpted Tremortusk and an Aloy statue as well as a download code for Horizon Forbidden West SteelBook Display Case. The Collector's Edition will feature all items from the Digital Deluxe Edition.

The Regalla Edition of Horizon Forbidden West can be pre-ordered from the PlayStation Store and it costs around $259.99. It will have a few special items apart from the accessories in Collector's Edition. Players will get a Regalla-themed custom sculpted Tremortusk, Replica Focus and custom stand, two Art cards, a Replica Sunwing, and a Clawstrider Machine Physical Strike Piece.

How to get the Carja Behemoth Elite outfit & short bow in Horizon Forbidden West?