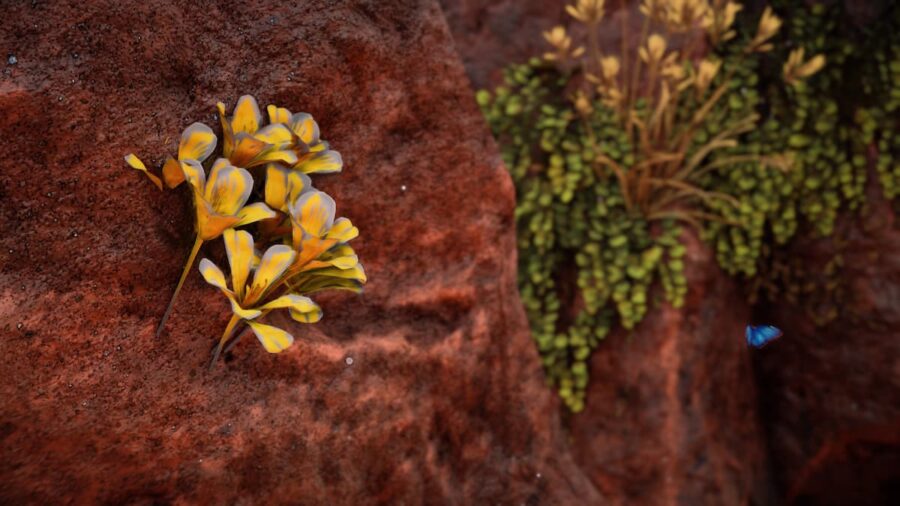 Throughout the Forbidden West, Aloy will come across several new plants including the Golden Bloom. These beautiful clusters of flowers called blooms can be found in several different colors, each with a different name. Found on cliff faces and the sides of rocks, players might not initially know what they would use these flowers for.

Related: Tips on how to sneak past machines undetected in Horizon Forbidden West

The Use of Golden Blooms

Golden Blooms are specifically the yellow types of blooms. As stated within the player's inventory, these plants, along with all the other types of blooms are used for dyes. As a golden yellow flower, it can dye Aloy's clothing a yellow color.

Dyeing stations can be found within most of the major cities across Aloy's travels. These stations are marked as a Mortar and Pestle on the map and are usually found near the outfit vendors. The first one players can find will be at the settlement called Plainsong.

What is Golden Bloom used for in Horizon Forbidden West?