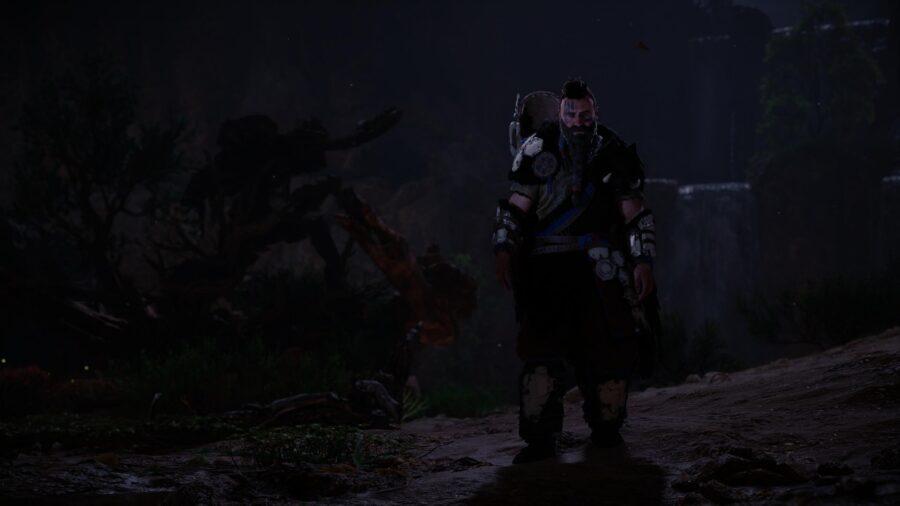 Horizon Forbidden West is out for PS4 and PS5 consoles, allowing eager owners of the PlayStation platform to assume the role of Aloy and embark on a quest to save the world from total extinction. While many have played Horizon Zero Dawn, some new fans are hopping into this series for the first time, and they're sure to ask some questions, like who Rost is.

Roth is Aloy's foster father and close friend from Horizon Zero Dawn. Aloy hails from the Nora tribe, a matriarchal conglomerate that puts motherhood above many other tenants in their society. GAIA genetically engineered Aloy to emerge from an Old World facility 1000 years after modern civilization fell. When Aloy was born, she had no mother or father.

Related: What is a Valor Surge in Horizon Forbidden West?

Her lack of a mother made her an outcast from her tribe, and Rost was her sole companion until she earned her way back into the tribe by completing a rite of passage known as The Proving. Unfortunately, The Proving saw an attack, and many participants lost their lives. Rost stepped in to save Aloy from attackers, sacrificing himself for her. Now Rost lives on in Aloy's memory in Horizon Forbidden West.

For more on Horizon Forbidden West, be sure to visit some of our other articles here on Pro Game Guides.

Who is Rost in Horizon Forbidden West?