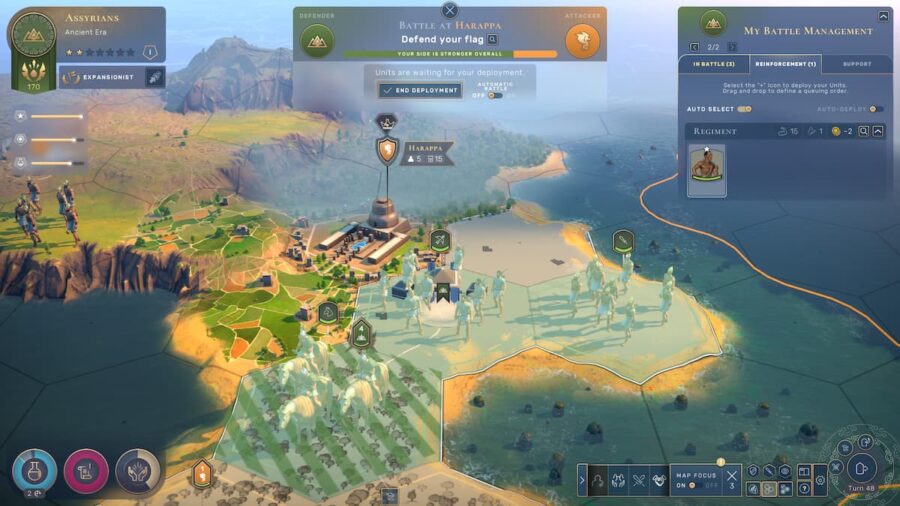 War is a vital part of Humankind as sooner or later you and another empire will come to a disagreement. You may be able to settle it with words, but sometimes steel is the only answer.

In war, you have units that make up your fighting force. During battles, you can call in reinforcements to turn the tide of battle. To do so, you will have had to researched the Organized Warfare Technology first.

Related: How to force a surrender in Humankind

To bring these reinforcements into battle, all you have to do is move the units to the battle and they will join. This can allow you to trick enemies into attacking a weaker force only to bring more units in a surprise attack. What makes reinforcements so valuable is that they can act on the first turn of combat like units already present.

Typically you can only utilize units that are in the Tactical Map in a battle. With reinforcements, you will be able to summon units from outside the Tactical Map. If the number of units being added is too great for the Tactical Map to contain, it will expand to fit the new units. The battles round limit will also increase with the addition of new units.

For more information on Humankind, check out How to patronage Independent People in Humankind and How to get rid of a city in Humankind on Pro Game Guides.