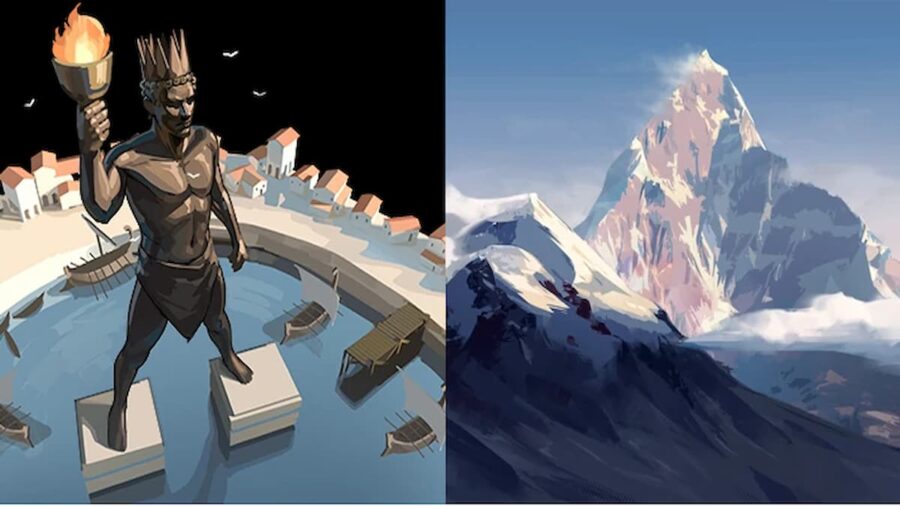 Humankind is a game full of wondrous things and one of these things is Wonders. There are two kinds of Wonders in the game and they both function differently. There are Natural Wonders and Cultural Wonders.

Cultural Wonders are structures inspired by and named after wonders of the real world. These can be built through Shared Projects. Natural Wonders are special terrains that can be found randomly throughout the map.

Related: How to play co-op with friends in Humankind

Cultural Wonders are unlocked once you reach the Ancient Era and will need to be claimed before an empire can build it. To claim one, Influence is required and each Cultural Wonder that is claimed increases the amount needed. Once a Cultural Wonder is claimed it will not be available to other empires and can be placed on any own territory. Each Cultural Wonder will provide an amount of fame as well as providing a bonus to Stability and another feature.

Natural Wonders are special terrain features that can be discovered. As they are randomly spawned, different Wonders will spawn in different biomes. Each Wonder that is discovered will reward that empire with 50 Fame. Once the Ancient Era has been reached, they will also receive an additional bonus of 30 to their Science. Only one empire can discover a Natural Wonder unless two empires are sharing their map which allows them both to discover them. Each Natural Wonder will provide a bonus to Money, Stability, and Influence to the city which controls that territory.

Claiming and building Wonders is a great way to earn Fame and win the game. Exploring will allow you to find more Natural Wonders while amassing Influence allows you to claim more Cultural Wonders.

For more information on Humankind, check out How to disband units in Humankind and How to increase city cap in Humankind on Pro Game Guides.