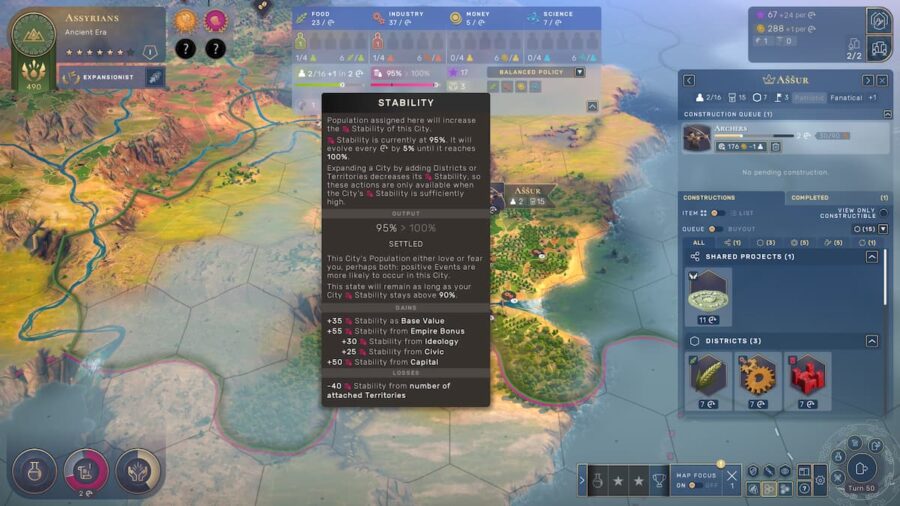 An empire strives for stability, influence, and its people. All of these resources must be managed for your empire to run like a well-oiled machine. Balancing these is no easy task, especially when it comes to Stability.

Related: How to disband units in Humankind

Should your people revolt, a portion of your population may separate from the city and become independent people who may try to take the city for themselves. To prevent this, you can take measures against your Stability from getting too low. One of these ways is to build. Military Structures, Landmarks, and Defensive Infrastructures will all improve Stability.

In addition to these, you can also hold Ceremonies to increase Stability. On occasion, some Narrative Events, Tenets, or Civics will also increase your Stability. These can also influence the ideology of your empire which adds another factor to consider. As a result, you are faced with choosing between your beliefs and your city.

For more information on Humankind, check out What does Map Focus do in Humankind and How to gain Era Stars in Humankind on Pro Game Guides.