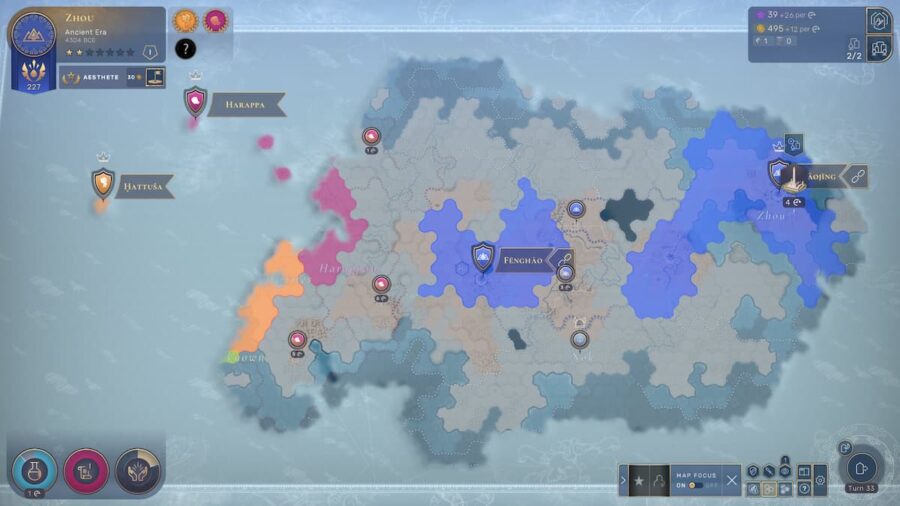 Influence is one of the primary resources in Humankind and also one of the most important. This resource is necessary for several actions including claiming territory, enacting laws, converting outposts into cities, attaching territories to cities, spreading your ideology, and ally with independent people.

Unfortunately, influence is also one of the most difficult resources to gather. There are a few ways to gain influence and so the player should make this a priority.

Related: How to gain Era Stars in Humankind

Keeping your influence high is also important to prevent your territories from falling into the sphere of influence of another empire. Once a territory is contested, it can lead to certain technologies and civics becoming unlocked or available at a lower cost. This will also affect war support if you or another empire declare war on one another.

For more information on Humankind, check out How to ransack and what does it do in Humankind on Pro Game Guides.