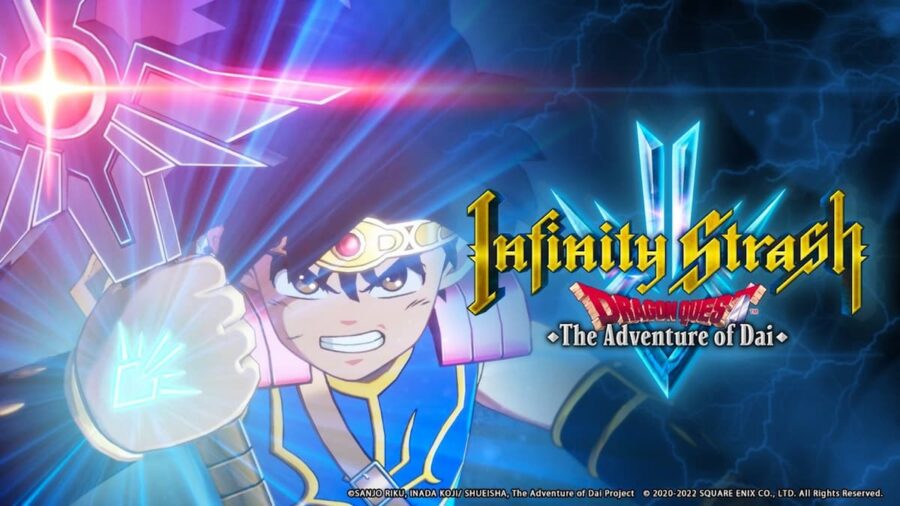 On Sep. 19, 2022, Square Enix announced their action role-playing game, Inifinity Strash: Dragon Quest the Adventure of Dai. This announcement confirmed that the game would be coming to the West soon.

Posting both a press release and trailer on YouTube, Square Enix announced that the Infinity Strash: Dragon Quest the Adventure of Dai would be coming to Western countries soon. The exact date of this regional release has yet to be announced, but Square Enix assured fans that they would release further details soon.

Infinity Strash: Dragon Quest, the Adventure of Dai, is an action-adventure RPG video game that also pulls from the source materials of the franchise's manga and anime. Additionally, this game focuses on two main game modes: Adventure and Temple of Recollection. Adventure mode will be the primary campaign style of playing that follows the narrative of the anime (and some of the manga). Temple of Recollection is a mode in which players can make their way through a constantly evolving dungeon with increasing difficulty.

The story of Infinity Strash: Dragon Quest the Adventure of Dai pulls primarily from the series' anime and is about the protagonist, Dai, having his world at risk from the resurrection of Dark Lord Hadlar. Dai must rise to the occasion of going on a journey to save the world. Help Dai complete quests and conquer enemies on his path to saving his world.

Want to read more about Square Enix games? If so, check out How to unlock the Isle Farmhand glamour set in Final Fantasy XIV on Pro Game Guides.

Square Enix announces Infinity Strash: Dragon Quest the Adventure of Dai to release in the West