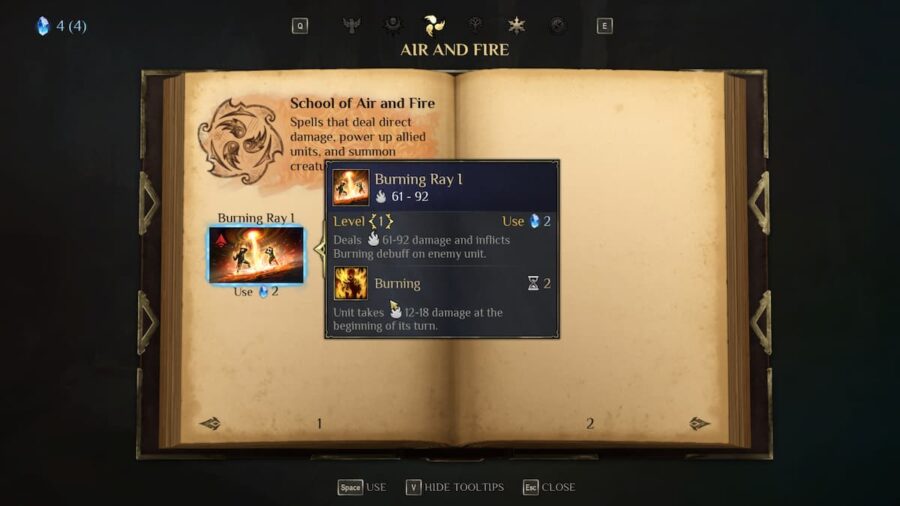 Depending on what character you have chosen to play in Kings Bounty 2, changes if you can have access to Mana or the use of Magic Spells in battle. If you have chosen Aivar, you have no magic spells at your disposal, but both Katharine and Elisa do.

To use spells in battle, you need to press Down on the D-pad or B on keyboard. This will open up your spellbook, allowing you to select a spell to be cast if you have the mana to do so. Once a spell has been chosen, you'll return to the battlefield grid, allowing you to target an enemy to blast with your magic.

Related: How to hire units in King’s Bounty 2?

Magic can easily turn the tide of battle, but you are limited to how many spells you can cast due to your mana resource. At the start of the game, your mana is capped at Four Mana, and each spell will cost a certain amount.

If you are playing as Katharine, you can use the spell Burning Ray, which costs two mana. Meaning this can be used twice before your mana is gone for the remainder of the battle.