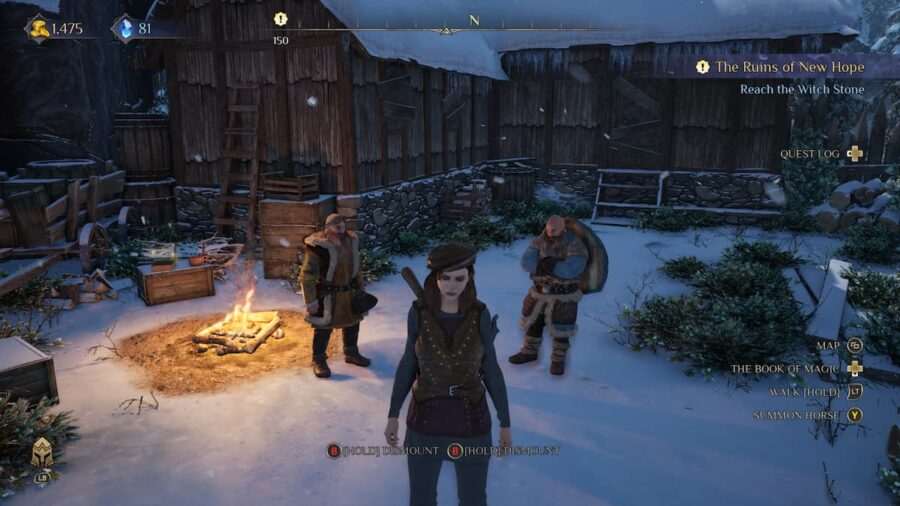 Not long into the game, you come across your first side quest called Axe and Splinters, and you're tasked to side with a group of dwarfs or a band of humans. The dwarfs are lumberjacks working for the Fort Crucis, the prison you just got released from, and the humans are on the side of justice, to starve out the fort, so the prisoners can be set free.

Depending on your choice, it is entirely based on a roleplaying perspective, as each decision you make is part of the four ideals of the game, Power, Finesse, Anarchy, and Order. If you side with the dwarfs, you are on the side of Order, but the humans are on the side of Anarchy. Whichever you choose, you get a point in that chosen ideal.

The higher the ideals, the more things you can do in the game., and increase your talents. If your ideal is not high enough or based on the ideal of your chosen character certain things are not available to you.

If you choose to attack the dwarfs, you get access to the dwarfen storage shed to loot a chest filled with a pair of Soldiers' Boots and 300 Gold, and it's a much harder fight.

If you attack the humans, it's a much easier fight, but the reward is the same, a pair of Soldiers' Boots and 300 Gold.

After the fight is ended, you can recruit a new unit to join your army from the nearby recruiter Mark. Depending on the side you choose, the unit is different.