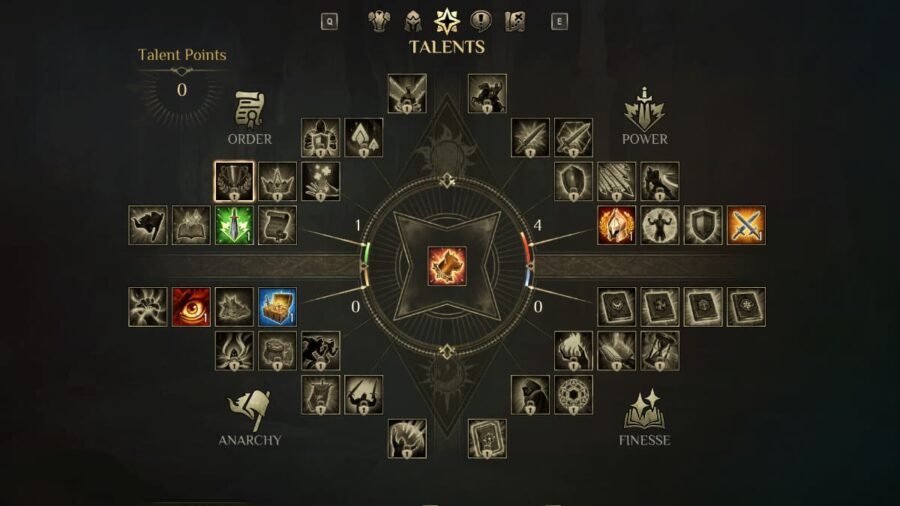 Ideals is an alignment system that takes center place in all of the decisions players can make throughout King's Bounty 2.

Often quests will also present players with multiple paths and decisions that all require a certain amount of four ideals in the game: Order, Finesse, Power, and Anarchy.

Choosing a route based on one of these alignments will result in the player earning a certain amount of points for that alignment.

When players make a decision based on one of these four alignments, they will unlock certain talents, which can then be unlocked via talent points earned when they level up in the game.

Related: Should you side with the dwarfs or the humans in the Axe and Splinters quest in King’s Bounty 2?

Talents are also skills and fall under the four alignments, and each skill in a tree will require a certain amount of one of the four ideals before players can unlock them.

So if you want a talent in the Finesse skill tree that requires 16 points, you will need to gather up 16 points of finesse through decisions in the game.

You will also need to earn talent points by leveling up in the game, which can be done very quickly if you just complete quests and main story missions.

Fighting every battle you encounter is also another good way to level up, and if you combine it with quests, you should be able to earn a steady flow of talent points.