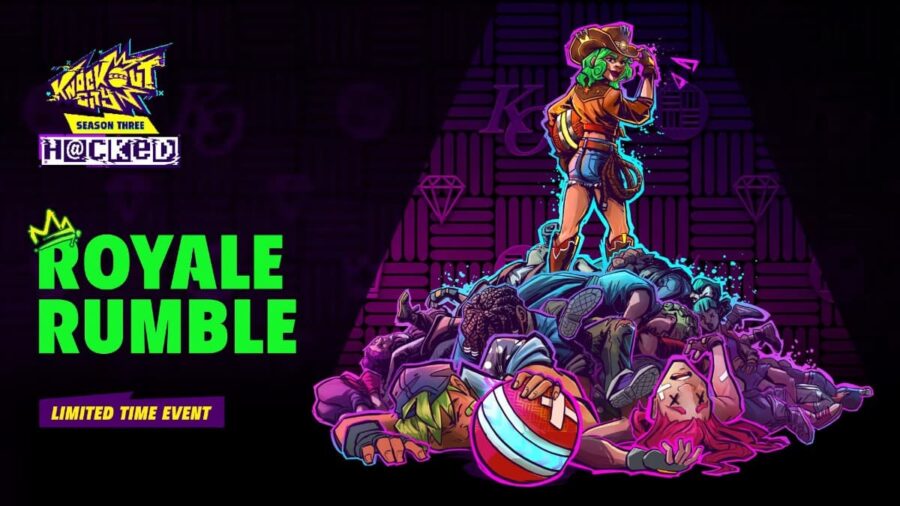 Knockout City surprised players when released thanks to its tight gameplay, unique mechanics, and high skill ceiling. The dodgeball video game's fans will have even more to enjoy in November when the new limited-time mode, Royale Rumble, joins the current lineup.

Royale Rumble joins Knockout City as part of Season Three's Hacked offerings. It's every player for themselves in a free-for-all dodgeball match where the last player standing wins—the highly-requested game mode debuts in Knockout City on November 2, 2021.

Related: How to Fake Throw in Knockout City

Check out the reveal trailer of Royale Rumble below:

Knockout City is available now PS4, PS5, Xbox One, Xbox Series X|S, PC, and Nintendo Switch. Players can play for free up to Street Rank 25 on all platforms.

For more on Knockout City, check out our other articles, like Knockout City Codes (October 2021), here on Pro Game Guides.