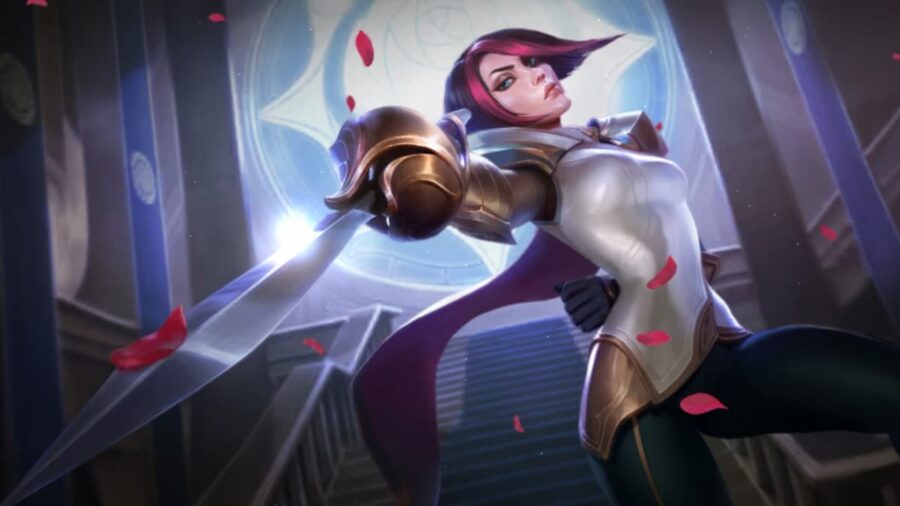 Fiora is known as the Queen of Duelists in League of Legends. Her unique abilities make her a formidable foe to face in a 1v1 situation. Although not that strong in the early game, Fiora can devastate opponents from the mid to late game phase. As a result, she is one of the most preferred picks in high elo match-ups.

Fiora poses a high skill curve for new players. As she is weak in the early game, it is best to push turrets in the laning phase to earn gold and buy items. However, even with the best items, Fiora can be left biting the dust if her abilities are not timed to perfection. Hence, it is important to know every part of her kit.

Fiora reveals Vitals on her enemies. These are indicated on the enemy champion with a golden glow. Hitting the enemy from the direction of the vital deals a percentage of the enemy's max health as True Damage, heals Fiora, and grants her bonus movement speed for a few seconds. To maximize damage, always keep an eye on the enemy's Vitals and always try to hit them!

Fiora lunges and deals damage to a nearby enemy. Lunge prioritizes Vitals and enemies it will kill. Hitting an enemy with Lunge will refund 60% of its cooldown, so always make sure to hit an enemy champion, minion, or monster to get a quick cooldown.

Fiora parries all incoming damage and debuffs for a little less than a second, then slashes at the target direction to deal magic damage that slows enemy movement speed and attack speed by 50% for 1.5 seconds. If the parried attack was an immobilizing ability, she will stun the enemy instead of slowing them. Always keep an eye on the enemy's ability to parry it in time, in order to stun them.

This combo works in almost any situation. Always try to hit the Vitals. Reposition quickly with Lunge, then follow it up with Bladework to hit the enemy twice in a short span of time. Use Riposte to block any enemy attacks and consequently slow or stun them.

Start off the match by buying the Long Sword base item. The core build for Fiora will consist of Trinity Force, Blade of the Ruined King, and Hullbreaker. After the core items, build Death's Dance for more sustain, and Sterak's Gage for the extra health. As for boots, build Plated Steelcaps, and then buy Ionian Protobelt enchant for an extra dash.

Wondering which lane will suit your playstyle? Check out the Lanes to know in League of Legends Wild Rift, here on Pro Game Guides.