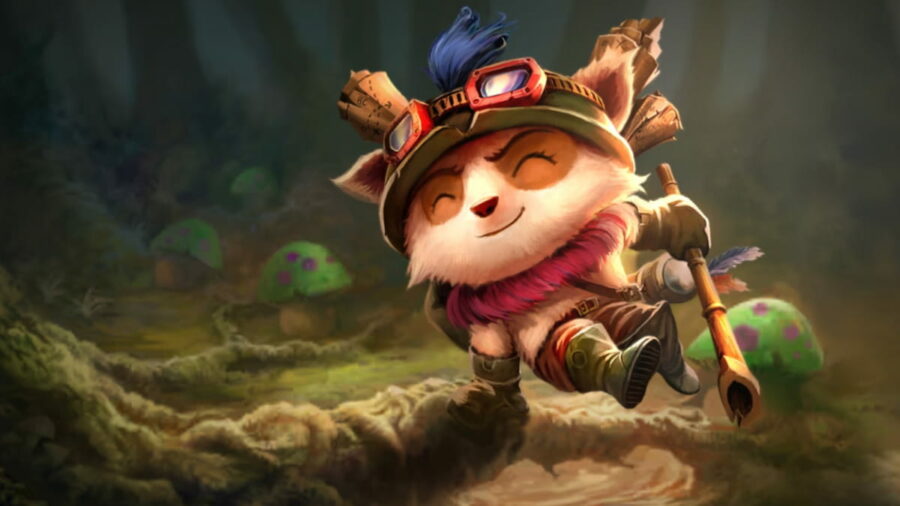 Teemo is quite possibly the most annoying champion to face as an opponent in Wild Rift. He does tons of poke damage and eats away at the enemy's health while always maintaining a safe distance. Teemo is a duo lane champion on paper. However, playing solo in the Baron lane is where he really shines.

Teemo uses a combination of basic attacks and ability power to subdue his enemies. His abilities require a niche play style to be utilized to the fullest extent. He can turn invisible and plant numerous invisible mushrooms that enemies can step on to receive insane damage in an AoE. Teemo is not strong in the late game, so it is ideal to press aggressively and harass the enemies in the early laning phases.

Teemo throws a dart at an enemy champion, dealing magic damage and blinding them for 1.25 seconds.

After unlocking this ability, Teemo passively gains 10% movement speed while out of combat. Upon actively using the ability, Teemo performs a small forward dash and sprints for three seconds. The bonus from the passive is double during this time, and he cannot be slowed by enemy attacks.

After a short delay, Teemo becomes invisible. He stays invisible while in brush but loses the effect after three seconds of exiting brush. After exiting the state of invisibility, Teemo gains 30% attack speed for three seconds.

Tosses a stored mushroom on the ground that becomes invisible to enemies after a short delay. When enemies step on it, it explodes and creates a puddle that does AoE damage for three seconds. Enemies caught within the puddle are also slowed by 40%.

As one can tell from the combo above, basic attacking while simultaneously using abilities is how Teemo works best. When playing him, the ideal strategy is to constantly keep the pressure up on the opponent. Use his Ability 3 to close in on an unsuspecting enemy, then basic attack and quickly use Ability 1 to blind them. Follow it up with more basic attacks and use Ability 2 to get away from enemies or catch up to fleeing foes.

The first item to buy for Teemo is Liandry's Torment. Hence, always pick up Haunting Guise in the early stages. Then, follow it up with Nashor's Tooth, as it will give bonus attack speed, lots of ability power, and cooldown. After this, the third and fourth items are situational. If the enemies are building magic defense, go for the Void Staff for magic penetration. Otherwise, build Rabadon's Deathcap for extra ability power. For boots, go for Ionian Boots of Lucidity for cooldown, then buy the Stasis Enchant.

Wondering whether anyone can beat the Baron alone in Wild Rift? Check out Which champions can solo Baron in LoL Wild Rift, here on Pro Game Guides.