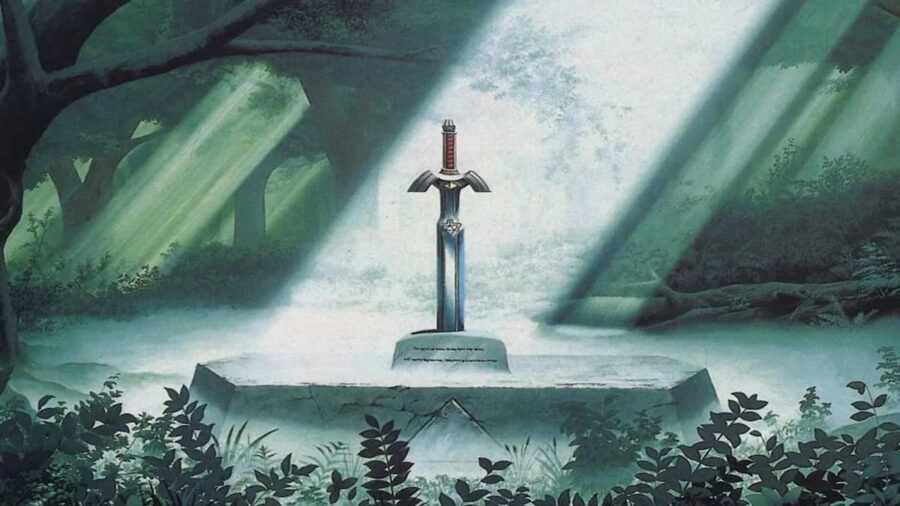 It's pretty astonishing to think about how far the Legend of Zelda series has come from its inception. Link, the silent protagonist, started as a simple 2D sprite wielding a wooden sword, and now he's jumping off cliffs and slaying all sorts of beasts. Zelda can get a little complex, considering the multiple timelines in the Zelda timeline. Fortunately, the chronological timeline is a lot easier to digest.

The Legend of Zelda games by release date

The first Zelda game looks very different from the recent vibrant fantasy epics, but it's still fun to play. While it isn't a completely open world, Link is free to head to any dungeon if he has the tools to do so. Despite being the first game ever, The Legend of Zelda is actually placed near the end of the timeline, down the path where Link fails in Ocarina of Time.

This title is known for being a complete left turn from its predecessor. Instead of the overhead view, Adventure of Link plays more like a side-scrolling platformer. Regarding the timeline, it takes place right after the original Legend of Zelda at the end of the failed timeline.

Despite more recent successes like Ocarina of Time, The Wind Waker, and Breath of the Wild, many SNES fans hold this as the best Zelda title ever. This is the first game to split Hyrule into light and dark worlds, where Link travels through different dungeons in each environment. When Link fails in Ocarina of Time, A Link to the Past occurs directly after, since the seven sages seal Ganon immediately.

This title marked a big transition from the SNES to the Game Boy. Link's Awakening is a direct sequel to A Link to the Past, but it actually takes place in a completely separate area. Here, Link is stranded on a treacherous island and is tasked with awakening the Windfish. This title was also recently remade for the Nintendo Switch.

Considering its immense influence on the gaming world, Ocarina of Time is easily a contender for the best game ever. It took Zelda into the world of 3d, allowing players to be fully immersed in exploring the rich land of Hyrule. It also is the game responsible for the split in the Zelda timeline. There are three branches this game creates: one where Zelda sends Link back to his childhood, one where he remains an adult after beating Ganon, and a third where he is unsuccessful at defeating the demon king.

Following one of the greatest gaming titles ever is one of the strangest. Majora's Mask is often considered the darkest game in the series, featuring a unique mechanic where players have three days to save Termina or the Moon crashes and takes out everyone living there. This game takes place in the Child era of the timeline, right after Zelda sends Link back to live his childhood days.

Related: How old is Link in BOTW and other Zelda games?

These two titles marked a return to the 2D style that Zelda was built on before Ocarina of Time. Both games interacted very interesting as well. Players needed to beat both titles and enter a password to get the true ending. On the timeline, the Oracle games occur after Link's Awakening on the Fallen timeline.

This was yet another unique 2D title on the Gameboy Advanced. In Four Swords, players cooperate with three other teammates to complete a specialized set of challenges. This game also occurs towards the beginning of the timeline, right before Ocarina of Time.

This game is responsible for bringing a very different look to Link. The cel shading in this game gives Link a more cartoonish feel (which is why he is named "Toon Link" in Smash). This beloved title also saw Link take to the high seas, encountering various islands along the way. The Wind Waker is the first game in the Adult part of the timeline after Link slays Ganon in Ocarina of Time.

This was a fairly straightforward sequel to 2002's Four Swords. The big difference was that this found its way onto the Gamecube. It also has an odd placement in the timeline, occurring in the Child era after Twilight Princess and Majora's Mask.

Behold, the game that explains how Link got his green cap. Some actually herald this Gameboy Advanced title to have great gameplay. It's known as a mechanic by which Link can shrink the size to get into narrow areas and solve some puzzles. On the timeline, it happens right after Skyward Sword.

This was a very special title for Zelda as it served as a launch title for the Wii and a port for the Gamecube. Here was a staunch contrast from The Wind Waker, portraying a more seasoned, older Link in a more realistic surrounding. It also introduced Wolf Link, with the beloves Midna on his back. Twilight Princess takes place after Majora's Mask in the timeline, as the Hero from Majora's Mask actually appears as the Hero's Shade.

Related: Is TUNIC related to The Legend of Zelda?

Here, the developers took the Wind Waker approach and applied it to a DS title. Toon Link gets another ship to ride around here, and as such, it takes place right after The Wind Waker in the timeline.

This completes somewhat of a trilogy with The Wind Waker and Phantom Hourglass, as it takes place after them in the timeline. The gameplay is totally different, though. Instead of taking to the seas, Link is a train conductor. While this game has some classic dungeon exploration, Link uses the train to get around the main overworld.

This game was a prime opportunity to display the technology of the Wii. Players could use the Wii-mote and swing it just like Link's sword. Skyward Sword is also an incredibly important title, occurring at the very beginning of the timeline. Here, Link is a resident of Skyloft but eventually falls below to discover a prehistoric Hyrule.

Despite being similar to A Link to the Past, A Link Between Worlds isn't a remake. It's more of a spiritual successor. Different characters show up, but many of the places and enemies resemble assets from A Link to the Past. It is also on the Fallen timeline but occurs after the Oracle games.

Regarding the timeline, this supposedly takes place after A Link Between Worlds. The gameplay of Triforce Heroes, though, more resembles Four Swords than anything. It features the same cooperative play, just among three players instead of four.

It's shocking how many new things are being discovered with this title long after its release. Breath of the Wild was the boldest step the franchise has taken in a while, and it more than paid off. Instead of the linear formula in other titles, this one is an open world, so players can walk up to Hyrule Castle and beat Ganon from the outset if they want to. It also is the culmination of all three timelines, with elements of each found within.

This long-awaited sequel to Breath of the Wild will feature the same Hyrule. The majority of the game looks to take place in the skies above. It also looks like Ganondorf will be making a comeback after players defeated Ganon in Breath of the Wild.