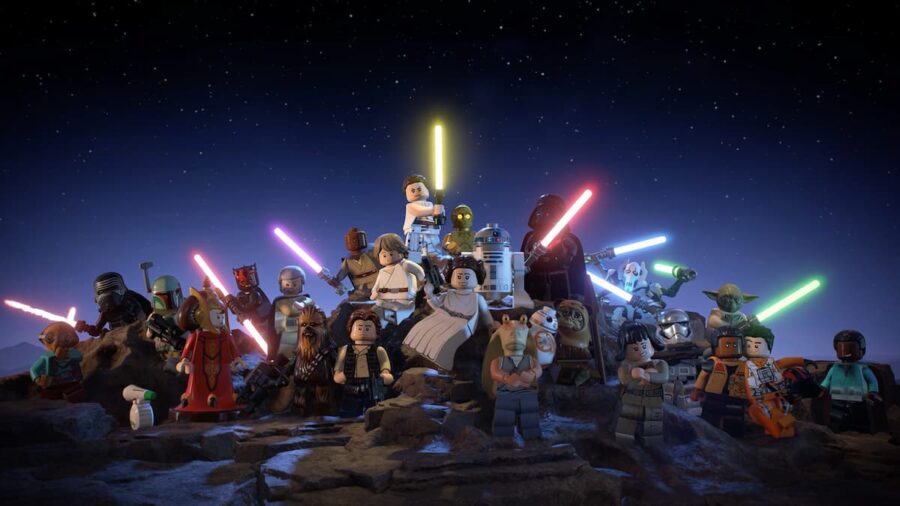 The LEGO Star Wars Skywalker Saga is the ultimate culmination of all of the major Star Wars movies. The game will feature all nine core Star Wars movies, bringing the original, prequel, and sequel trilogies together to be experienced as one story. Unfortunately since this game will be focusing on the Skywalker saga, we will not see movies such as Rogue One or Solo making an appearance.

Below are the movies featured in LEGO Star Wars Skywalker Saga:

There are a total of 45 levels in LEGO Star Wars Skywalker Saga, meaning that there will be five levels for each movie. We think that this will be plenty of time to experience everything a movie has to offer before moving on to the next one. However, this game will bring The Last Jedi as well as The Rise of Skywalker to the world of LEGO Star Wars for the very first time, and we believe that a little extra love should have been given to them as they have not had their chance to shine in the plastic block world as the other movies listed have.

So there you have it, those are all of the movies that LEGO Star Wars Skywalker Saga covers. LEGO Star Wars games have always been a fantastic and fun adventure, and we are glad to get to return to the blocky galaxy far far away once again.

Which movies will LEGO Star Wars: The Skywalker Saga cover?