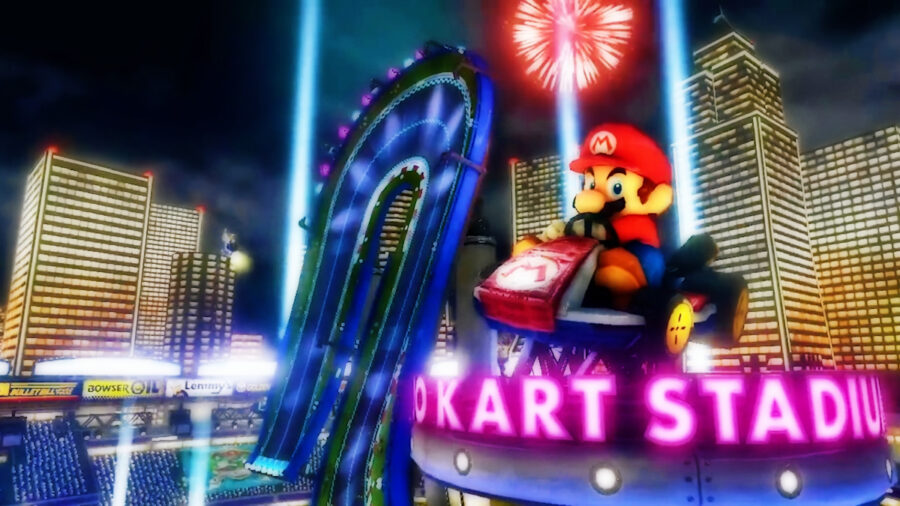 The racing video game genre has remained a solid favorite for generation after generation, since the Atari days. Constantly evolving since the 1970's, the genre continues to dominate on all consoles, including the Nintendo Switch.

From remastered classics to new aged gems, fit for a handheld; players will have the ultimate experience reuniting with familiar favorites and discover new racers along the way. Take a look at our list of the top five, best Switch racing games.

At the top of the list, the absolute best racing game on the Switch, is Mario Kart 8 Deluxe. A classic, for the old generation, as well as the new. Race and battle up to four friends, locally on a split-screen, or with eight friends on wireless multiplayer. Take the competition off the track with classic weapons from mystery boxes, drive up the walls, and customize cars and bikes with modifying tires, that change the vehicle into a hovercraft. Reunite with veteran racers like Bowser Jr. and King Boo, or test the driving skills of new characters like Link, from the Legend of Zelda. A must have racing game for the Switch, and the most complete version of the Mario Kart series; Mario Kart 8 Deluxe is the most outstanding game in its class.

In Horizon Chase Turbo; players will race in World Tour Mode, in a variety of different countries, against 19 players from all around the world, with a wide selection of more than 30 vehicles to choose from. Gather points in races to advance locations, by collecting the blue coins and partake in bonus races that offer players collectables, which allow them to upgrade the stats on their vehicles. Created with inspiration from the best classic 1980's and 1990's racers like Top Gear, Daytona USA, and Outrun, amongst others. One of the best arcade racers in the game, with excellent controls and fast-paced gameplay; Horizon Chase Turbo is a great racing game for the Switch.

This anti-gravity racer game allows players to experience 30 different courses in three different Leagues of speed classes: Subsonic, Championship, and Hero Mode. Players can compete locally, with up to three friends in split screen or online, with up to seven players. Players will race through tropical jungles, scorching deserts, futuristic cities, and ancient civilizations. The expanded version of the Wii U racer, Fast Racing Neo, with heavily borrowed features from the classic Wipeout and F-Zero games; Fast RMX is one of the top competitor racing games on the Switch.

Crash Team Racer: Nitro Fueled takes us back to 1999 and the early 2000's; with its familiar tracks, animated colors, and that legendary power slide. In this revamped classic, players can explore local or online play in Adventure mode, five Battle modes, and three Challenge modes. With 31 tracks, designed to make the power slide even more powerful, players can show off their skills on the tracks in style with customized karts and unique character skins. Crash Team Racer: Nitro Fueled is riot to play with friends, and is a great competitive racer.

This true motorsport racer will test players' speed on real-world tracks from Paris to Dubai, with up to 12 players in online mode. Grid Autosport offers five categories to play through, in whatever order desired: Touring, Endurance, Open Wheel, Tuner, and Street. Strategize different races by risking pit stops for fresh rubber, or by choosing a car according to its potency. Players must play all of these categories to unlock the special Grand Slam events, and dominate the grid as the true racing champ. With the ability to modify the lengths of the tracks for longer racing; the calculated acceleration and easy steering, offers the classic Grid fans some new competition, for the new generation.

Need more options to explore on the Switch? Playing brain teasers on the go, is a great way to pass the time! Take a look at this list of the Best Switch Puzzle Games.

What comes with the Nintendo Switch Online Expansion pack?

When does the expansion pack for Nintendo Switch Online come out?

When is Mario Party Superstars coming out?