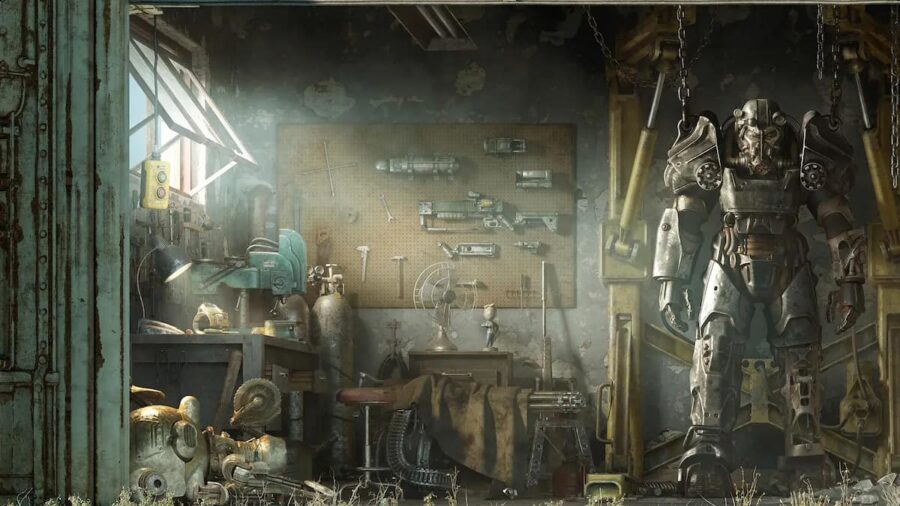 The modding community for Fallout games is among the biggest and most diverse. There are mods for the tiniest aspects of the game like correcting text or adding shaders, as well as major overhauls of the entire game to include new quests and dialogue. The combat in Fallout 4 already has its own level of depth but new weapons, in-game modulation, and mayhem are at your fingertips.

Getting one of the best mod packs for the game out of the way, DOOMBASED's mod pack includes all of their previously released weapons. Sixteen weapons are included, with some variations to them as well, and they all feel right at home in Fallout 4. Even some of the modern-inspired weapons, such as the MAC-11 and SCAR-LK, have a Wasteland spin to them and are scattered across the world for the player to find.

See Through Scopes By henkspamadres

Sniping in Fallout games is always fun and the See Through mod adds new and immersive scopes to players' benches. There is the ability to replace scopes or simply add in these new designs under the name Combat Scopes. These are able to be customized and even added to with the support of other weapon mods. The mod creator's goal was to bring Call of Duty to the Wasteland and it shows!

Another major mod that adds in new weapons and modifications, the Extended Weapons Mod is a must-have for players using the Gun Nut perk in Fallout 4. Adding in unique attachments, the mod gives players the ability to drastically change the effectiveness of their weapons. From better Gatling Guns, Anti-Material Hunting Rifles, and Triple Barrel Shotguns, this mod has plenty of goodies to experiment with.

Lightsaber mods are probably the most performed mods next to Thomas The Tank Engine. Fallout 4's Lightsaber Renew mod isn't just a reskin or a cosmetic, however, and players will greatly appreciate it. The added melee animations and attention to detail from the way the saber lights up the room are phenomenal. The mod creator made a Darth Vader armor as well for players who really want to embrace the dark side of the Force.

Created by DeadPool2099, Ha_Ru, Pie_Savvy, Navaro, Shavkacagarikia, Wanamingo, Hyper, OhDeer, BillyH666, and a_blind_man, this mod adds the classic Wattz Laser Gun 2000 from Fallout and Fallout 2. With an updated look, attention to the lore, and unique animations and sounds, the newly improved Wattz 3000 is a must-have for players wanting the strongest of weapons in their arsenal. Weapon modifications for the gun can make it tied with that of the Gauss Rifle while being able to switch between semi-automatic and automatic without having to change the barrel or receiver.

There are so many more weapon mods for Fallout 4 and each creator deserves praise for their level of dedication. A lot of mods are compatible with each so it's possible to try out multiple at a time as well. Hours of content are added completely for free because of these modders and players owe it to themselves to take full advantage of what these people have to offer.

For more lists on some of the best mods, check out Best Hearts of Iron 4 Mods on Pro Game Guides.