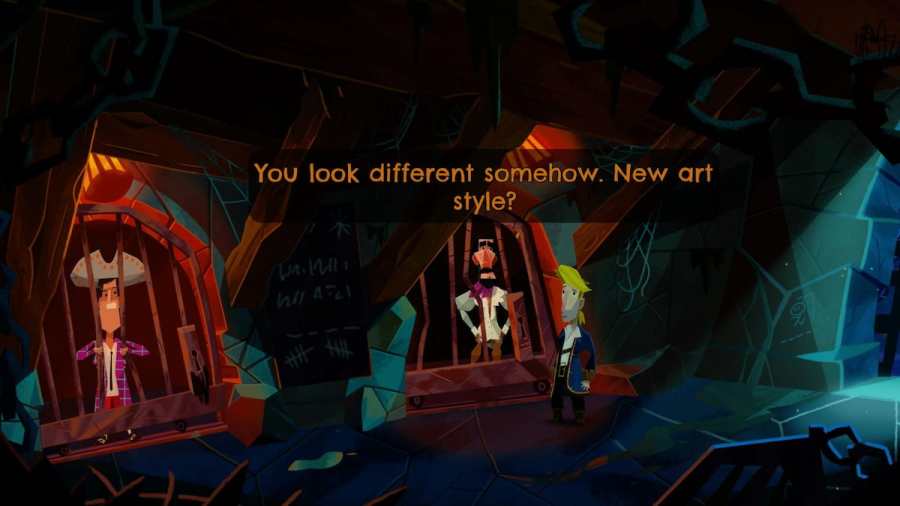 It’s that time of year when we like to take stock of what has happened in the past 12 months. And while it has been a very tough time for many of us around the world for reasons ranging from political and financial to environmental, it’s particularly nice to be able to spend a few minutes focusing on some of the funniest video games of 2022 to lighten the load a little. From shooters and RPGs to social and rhythm games, these are the gaming titles that made us titter in that past year.

When the original Goat Simulator landed back in 2014, the obvious question was – who on earth needs a Goat Simulator? Now, two sequels on, that has changed to who doesn’t need one? The daft premiss of the original remains, as you wander the world trying to do as much damage as humanly (goatily?) possible. But now, with added cooperative and competitive multiplayer modes, including hoofball. We can’t think of a better use for the Unreal Engine…

Typical, isn’t it? No daft games about cults come along for ages, and then two come along at once. While there are also strong management elements to Cult of the Lamb, as with Honey, I Joined a Cult above. Cult of the Lamb is also half roguelike adventure experience. The adorable artwork and creature sounds do a great job of softening the gothic theme, making this an oddly, darkly humous experience with more than a touch of horror thrown in for good measure.

If there’s one thing you need to get right when making a Ghostbusters game, it’s the comedy. And Ghostbusters: Spirits Unleashed delivered. It’s an asymmetric multiplayer FPS experience that returns to the characters from the original movies, as they employ you as a new Ghostbuster. But it really gets fun when you turn the tables and play as a ghost instead, causing your own mayhem. Fans of the series will love all the callbacks to the original films, especially the Dan Aykroyd-voiced monologues.

Base-building management sims often add elements of humor, but few have done it as thoroughly as Honey, I Joined a Cult. The seventies vibe and cutesy art style set the tone, while the options for the theme and style of your cult are a really nice touch. But What really makes it sing is watching the little interactions between your cult members as they go about their daily chores and the little side quests you can send them on to make you rich—I mean, further the cause.

This spinoff from the Borderlands series is the sequel to Tiny Tina’s Assault on Dragon Keep. Again set in the fantasy-themed tabletop RPG, this action-packed FPS also packs a lot of humor. The voiceover and soundtrack are enough to have you smiling from the start. Everything has the feeling of being from the fevered mind of a nerdy teenager who has eaten too much sugar. And the full-on, grin-inducing action matches the mood perfectly.

Sometimes a game’s humor comes from those playing it rather than solely from the game itself. The cute and colorful cartoon art style of Among Us certainly sets the stage for a fun experience. Still, this multiplayer social deduction experience relies on the players to create tension and humor. As the crewmates try to uncover the imposters, the results can be incredibly fun to watch and listen to, as the sound effects are also absolutely brilliant.

Related: Among Us VR – Details, locomotion, languages, and more!

If you’re going to let Rick and Morty co-creator Justin Roiland create the science fiction world for your FPS, it’s unlikely to end up as an overly serious gaming experience. We’ve ended up with a silly, borderline outrageous and completely absurd action-adventure packed with ridiculous alien enemies, talking weapons, and enough irreverent humor to make up for the slightly underwhelming gameplay. Come for the comedy.

When listing the funniest musical instruments across all media, the trombone is right up there with the likes of the accordion, bagpipes, and the kazoo. So, it seems a masterpiece choice for a humor-tinged rhythm game where you try to honk, blow, and toot your way to being the champ. And it’s a proper game, with artist cards to collect and more than 20 songs to master. Plus, baboons. Lots and lots of baboons.

It’s the game that many fans of the monkey Island universe thought we’d never see. But the sixth installment in the series started way back in 1990 and swash-buckled its way onto our machines in 2022. With the exception of a graphic style overhaul, all the comedy hallmarks that made this franchise one of the biggest point-and-click hits in history are back on display. With LeChuck, Stan, Bob, and Murray amongst the returning favorites, the nostalgia is laid on as thick as the gags, especially at the end.

The team over at Asymmetric Publications has been making us groan via their series of games since the release of the browser-based hit Kingdom of Loathing back in 2003. Each new game has progressed the quality of the gaming experience while sticking to the tried and tested formula of stickman art, a very weird universe, and dad jokes. Shadows Over Loathing adds a nice Lovecraftian twist to the usual array of hobos, vampires, barbecue forks for weapons, and meat as currency.

We've got more great game lists here at Pro Game Guides! Check out the Best Indie Games of All Time and The Best RTS games on PC, Xbox, and Playstation.