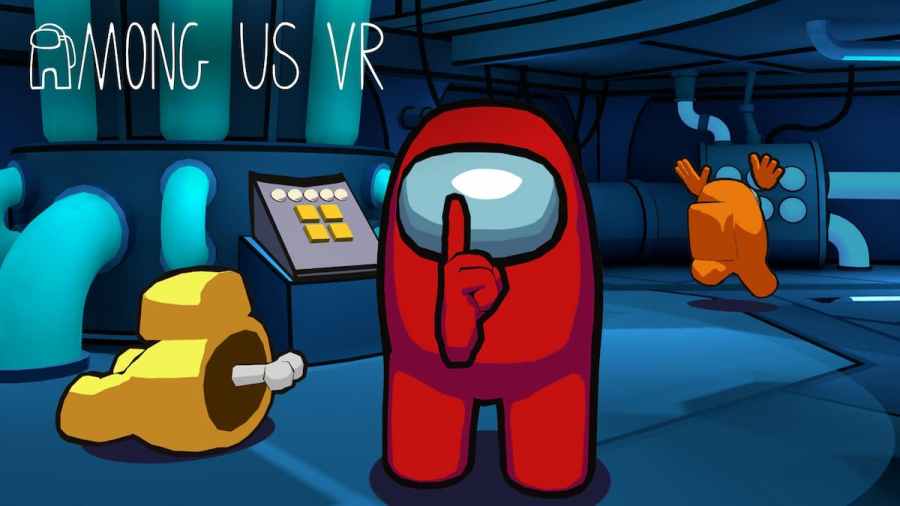 Among Us, the global phenomenon of 2020 is finally arriving on VR platforms. The multiplayer party game took the world by storm during the pandemic thanks to its highly entertaining and engaging gameplay. Soon enough, you'll be able to enjoy the game in VR with your friends.

Among Us VR Gameplay Details and Trailer

Supporting four to 10 players, Among Us VR is a game of deception and teamwork. The players in this game are either crewmates or impostors in a spaceship. While impostors try to kill and sabotage the crewmates, the crewmates' objectives are to complete tasks and find the impostors. Like the original game, Among Us VR supports voice chat and quick text chat for communication and character customization. The game will also have a proximity chat feature.

Among Us VR supported locomotion

Among Us VR supports both single and two-handed locomotion options. This allows players to choose between the two and select whichever movement technique they prefer.

Among Us VR supported languages

At launch, Among Us VR will be available in eight languages: English, Chinese (traditional and simplified), French, German, Italian, Japanese, Korean, and Spanish.

Among Us VR Release Date and Platforms

Among Us VR releases globally on Nov. 10, 2022 via Meta Quest, Rift, and Steam stores. This was announced during the recently held Meta Connect 2022 event.

Does Among Us VR have crossplay?

Yes, Among Us VR has cross-platform support as players using different VR platforms and headsets can play together.

Among Us VR file size

The storage space required to install and run Among Us VR on Quest 2 and PC (Steam) is 383 MB and 1 GB respectively.

Related: Among Us Imposter Tips – How to Win as the Imposter!

How to pre-order Among Us VR

You can pre-order Among Us VR on the following VR platform stores for $10:

Among Us VR pre-order bonus

On pre-ordering Among Us VR on Meta Quest Store, you'll be eligible for a Mini Crewmate Hat as an in-game reward. Therefore, if you've decided to buy the game, it's best to purchase it before its Nov. 10 release, as you get this free accessory for your cosmetics inventory.

Stay tuned to Pro Game Guides for more Among Us content. In the meantime, head over to our article on What are the Maximum and Minimum Players needed in Among Us?

Among Us VR – Details, locomotion, languages, and more!