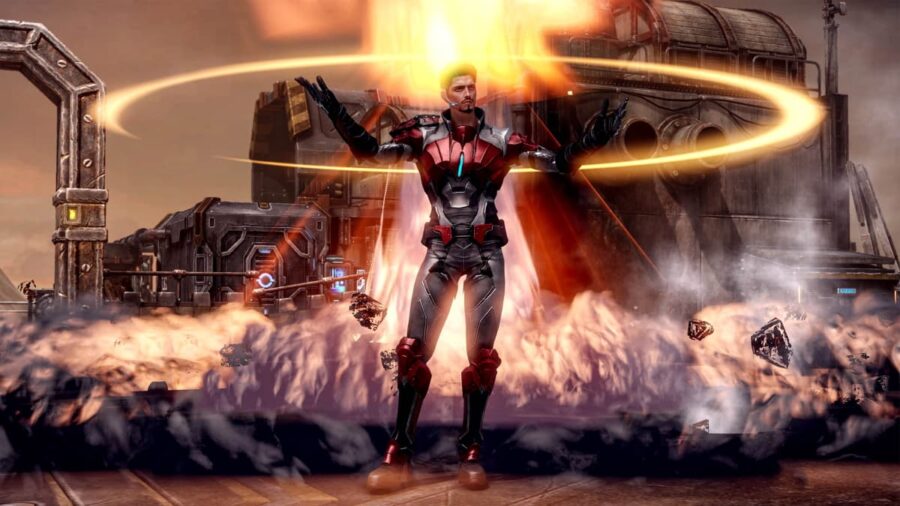 Those wanting to wield guns in an MMORPG are already well catered for in Lost Ark. You can be a wild west-style Gunslinger, a heavy weapons Artillerist, a rogue-like Deadeye, or a stealthy Sharpshooter. But if that wasn't enough, or exactly what you were hoping for, get ready for the Machinist advanced class. Below we'll show you the Machinist skills and engravings in Lost Ark, which you should include in the late September 2022 patch.

The Machinist takes the Gunner class in a new direction, wielding high-tech gadgets as its main form of attack. It will be able to use drones for unique attacks that can strike all over the battlefield doing devastating damage. Its four categories of attack will be normal, drone, combo, and sync.

Related: All Gunner Advanced Classes and Abilities in Lost Ark

Strategic Fire: Use the skill to enter a sitting shooting position. Aim forward and fire repeatedly, inflicting Damage and partially recharging the battery. Use the skill to obtain the Reload buff.

Backflip Strike: Dash forward and draw your gun to inflict Damage. Use the skill again to stomp your feet and inflict Damage. Attach a powerful bomb on a foe, then do a somersault to move away. The bomb explodes after several seconds and inflicts Damage to foes around it, partially recharging the battery. Deal a dash or roll attack to enable a frontal attack and counterattack.

Pulse Fire: Fire a pulse bullet forward and inflict Damage to the hit foe and partially recharge the battery.

Avalanche: Rush forward and inflict Damage. Press an additional combo to fire in a cone-shaped area and inflict Damage. The Kill Confirmation inflicts Damage and partially recharges the battery. Can Counterattack with dash attack. Obtain the Reload buff upon charging.

Command: Active Pulse: The drone immediately generates a pulsating wave that attacks its surroundings from the current position and inflicts Damage.

Command: M143 Machine Gun: The drone flies toward the target location while firing at foes and inflicting Damage.

Command: Carpet: Send a drone flying toward the target location and drop bombs that inflict Damage.

Command: Blockade: Send a drone flying toward the target location. The drone fires at foes as it spins around, inflicting Damage.

Annihilation Mode: Instantly summon a drone and stand back-to-back as you fire at foes while turning 450 degrees in total. Each time you turn 90 degrees, you'll fire and inflict Damage.

Fiery Escape: Instantly summon a drone and ride it forward while firing at foes and inflicting Damage.

Comet Strike: Teleport to the target location and rush forward, inflicting Damage to hit foes and knocking them back.

Slugshot: Raise your right hand and fire a laser forward to inflict Damage. Airborne foes are launched back in the air when hit. Use after Comet Strike or Thruster Move to use the skill faster.

Laser Blade: Generate laser blades in both hands that inflict Damage, knocking foes away. Use after Comet Strike or Thruster Move to inflict increased Damage.

Echelon Beam: Jump up high and shoot a laser forward to inflict Damage. Use after Comet Strike or Thruster Move to perform the skill even faster.

Surge Blow: Stretch out your fists as you charge forward and inflict Damage, then inflict Damage in a cone-shaped area and knock back foes.

Air Strike: Send a signal to the target location to drop a bomb that inflicts Damage over a number of times.

Level 1: Increases damage of Drone and Joint skills by 15%, and increases Battery Max by 10%. Increase Move Speed by 10% when a Drone is attached to the Machinist.

Level 2: Increases damage of Drone and Joint skills by 20%, and increases Battery Max by 15%. Increase Move Speed by 10% when a Drone is attached to the Machinist.

Level 3: Increases damage of Drone and Joint skills by 25%, and increases Battery Max by 20%. Increase Move Speed by 10% when a Drone is attached to the Machinist.

Need to know Which classes are gender locked in Lost Ark? Or How to find Una’s Tokens missing after September 2022 Lost Ark patch? We've got you covered at Pro Game Guides!

What are the Machinist skills and engravings in Lost Ark