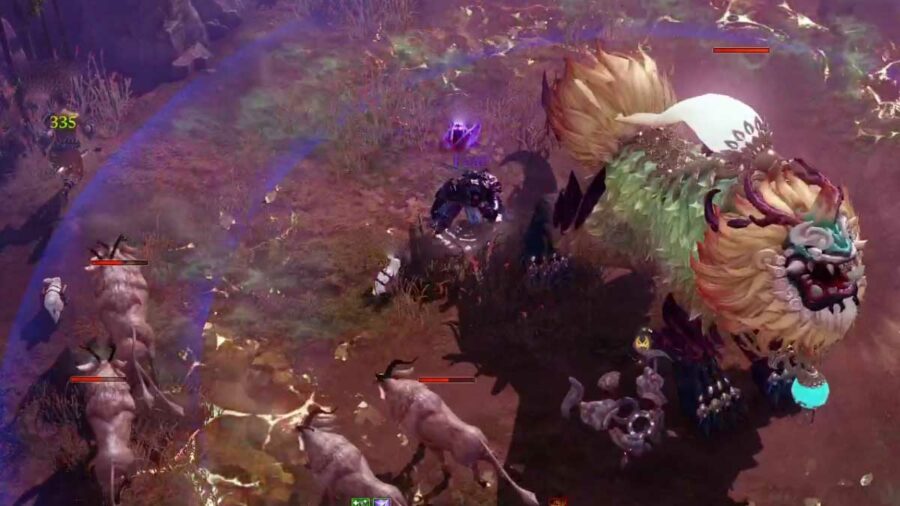 There is a Level-44 World Boss in Lost Ark named Chuo. After being defeated, Chuo respawns every 30 minutes. He is located in Twilight Mists in Anikka. He will return to full health unless you kill him before his reset.

Chuo is located on the east side of the center of Twilight Mists. Random enemies will attack you if you approach him because they are close to his respawn point. The enemies may fall to Chuo, but they will always focus on you.

Related: Where to find boss Caspiel in Lost Ark

Chuo cannot be defeated easily—Chuo has 3,398,522 hit points and 23 life bars. It is generally best to take on World Bosses in groups. Unlike the other World Bosses, Chuo is fast and deadly. Chuo is difficult to defeat even if you are Level 50.

If your level is less than 50, Chuo's attacks will kill you after a few hits, so the best strategy is to wait on the sidelines and let everyone else do their job.

Despite Chuo's low rewards, the gear you get will be pretty good. Your Adventurer's Tome Reward and objective will be acquired after defeating the Chuo. We only received three pieces of high-level gear, one of which was epic, and the rest were chests filled with consumable items.

Where to find boss Chuo in Lost Ark