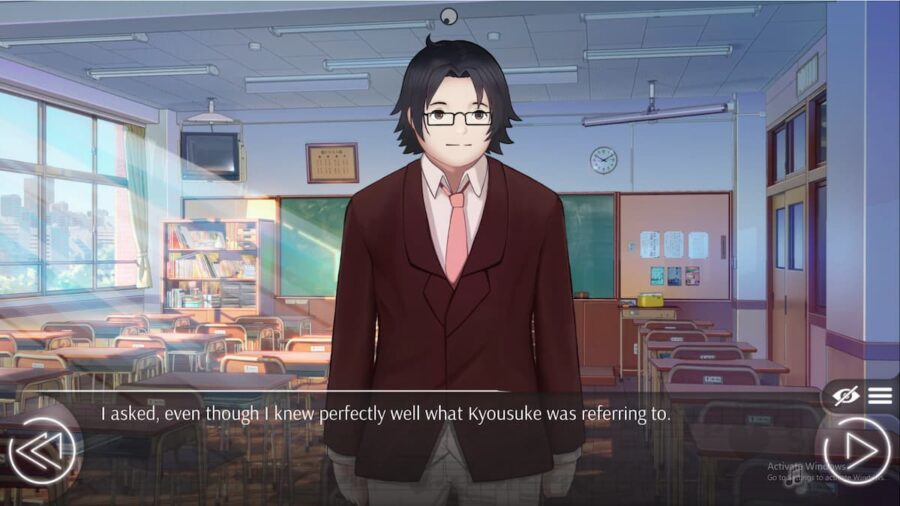 Love, Money, Rock'n'Roll has a demo to showcase their game to those who may be on the fence about buying the game. It is available to anyone who wants to check out the game before release. The demo features some of the campaign and an interesting tutorial.

Where can I play the demo for Love, Money, Rock'n'Roll?

The demo for Love, Money, Rock'n'Roll can be found on its Steam page. Look a bit below the images to see the demo. It is about 975 MB and is worth trying if you're thinking about getting the game.

The demo for Love, Money, Rock'n'Roll has many visual glitches, such as flickering on the screen and freezing when you go to different menus, so don't think it's just your computer. It tells you that the game takes place in the 80s and you play Nikolai, a character who lives in Japan. Characters in the demo are much more animated than those in regular visual novels, and they move around the screen.

It sets up the story but does not give you many choices, so you'll read more than decide what you do.

For more on visual novels, check out Upcoming visual novel games to watch out for in 2022 or Best Visual Novels of 2021 here on Pro Game Guides!

How to play the demo for Love, Money, Rock’n’Roll