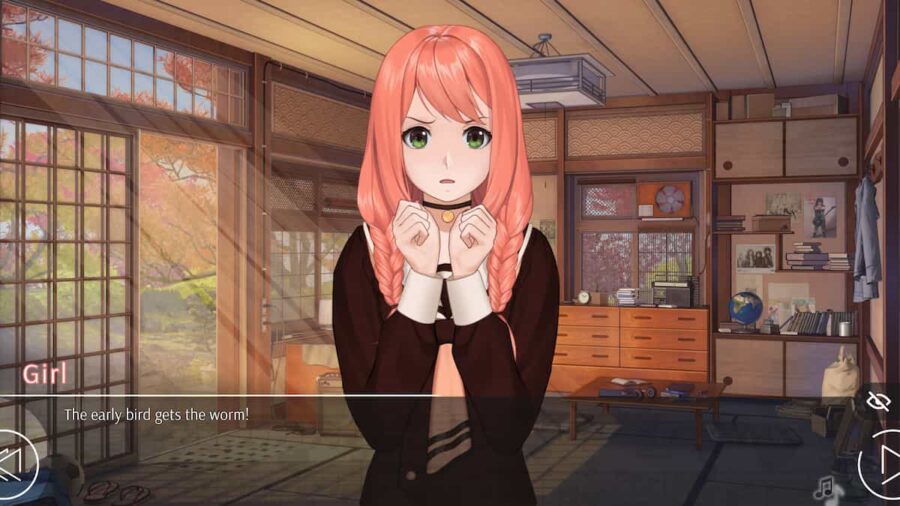 Developed and published by Soviet Games, Love, Money, Rock'n'Roll is a visual novel that revolves around Nikolai, the son of Soviet immigrants living and studying in Japan. The story is set in the 1980s and follows the journey of Nikolai as he meets and impacts the lives of other characters in the game. Love, Money, Rock'n'Roll also features four heroines: Himitsu, Catherine, Ellie, and Kagome. The game's demo version is currently available on Steam, and it introduces players to the narrative's premise.

Players start as Nikolai, a high-school student contemplating the meaning of life and materialism in his house in Japan. As the protagonist, players are faced with various choices in their everyday interactions with other characters. Nikolai's philosophical views often reflect the question everyone faces in their lives, making the narrative quite immersive. Players will play through several monologues that represent Nikolai's state of mind. The decisions you make will directly impact Nikolai's relationship with his friends.

The story quickly introduces players to Himitsu, who visits Nikolai every day to take him to school. She is Nikolai's childhood friend and is secretly in love with him. Players will come across various choices in the game which include decisions like spending time with Himitsu, lying to her, or hiding things from her. Eventually, the narrative explores whether she is happy with being only friends with Nikolai. The answer depends on the player's choices.

Kagome is the class representative in Nikolai's section at school. Although he never paid much attention to her, things take a turn when Nikolai witnesses seniors bullying Kagome. She comes from humble beginnings and feels like a fish out of the water at school. Despite being bullied regularly, Kagome tends not to fight back as she feels it's better to avoid than resist. Nikolai starts having several interactions with her before Kagome reveals more about herself.

Related: How to play the demo for Love, Money, Rock’n’Roll

Catherine is Nikolai's ex-girlfriend, and she was supposed to leave Japan a year ago prior to the game's beginning. She returns and joins Nikolai's school and eventually becomes his classmate. Nikolai still has unpleasant memories about their relationship but is arguably driven to reach out to her. The question remains if Catherine can be trusted and whether she still feels for Nikolai.

Ellie is the granddaughter of the school's primary trustee, which makes her royalty among the students. She is confident, talented, and kind, and has several interactions with Nikolai even after a bumpy start. In front of everyone, Ellie is the pampered princess, but there is a rebellious side to her as well. Nikolai will learn more about Ellie's illustrious family from various sources while progressing through the narrative.

Who are the main characters in Love, Money, Rock’n’Roll?