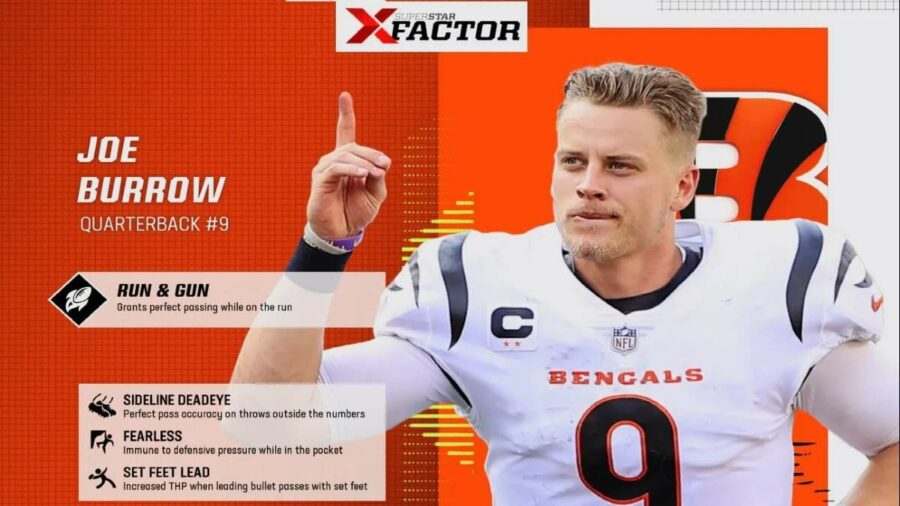 Cincinnati Bengals Quarterback Joe Burrow has a 90 OVR rating in Madden 23. The star QB from LSU is entering his third year in the league and has shown the ability to be an elite QB. He has earned a spot as one of the top QBs in Madden 23. Burrow's passing stats are great, but he also has amazing athletic stats for a QB. Here are all of Joe Burrow's ratings.

Joe Burrow is also an X-Factor player with the X-Factor Run and Gun, and has the Sideline Deadeye, Fearless, and Set Feet Lead Superstar abilities.

For more Madden 23 guides, check out How to use the Marketplace in Madden 23 Ultimate Team on Pro Game Guides.

What is Joe Burrow’s Madden 23 rating?