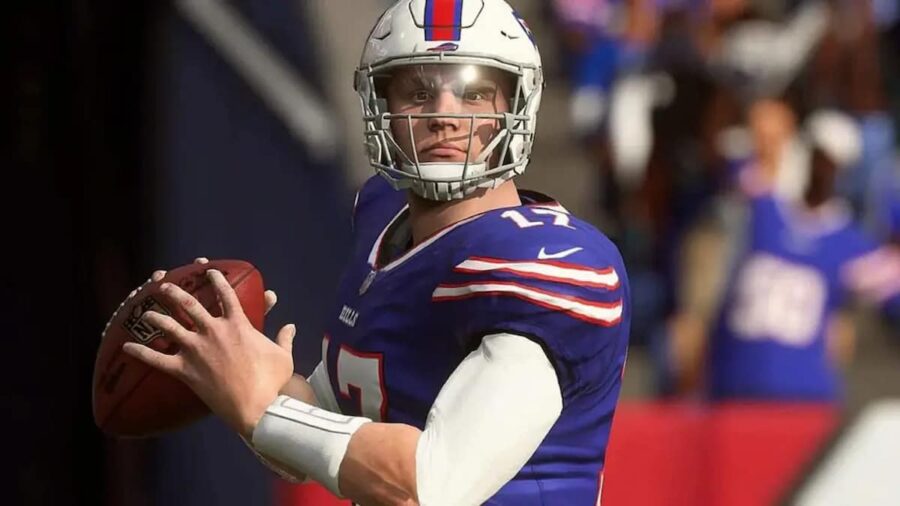 Madden 23 allows players even more control with passing by implementing skill-based passing and new mechanics to control exactly where you target within the receiver's range. The best quarterbacks will be able to pull off pinpoint throws in small gaps in the defense, but who are the best quarterbacks in Madden 23?

After leading the LA Rams to a Super Bowl last year, Staffard is receiving a slight bump to his overall rating, bringing him to 85 in Madden 23. His key stats include 95 Throw Power and 90 Short Throw Accuracy, but his other passing attributes are pretty average in the 80s.

After being traded to the Denver Broncos, Wilson has taken a major hit to his rating since 22 for a down year. Despite his struggles, Wilson is still an X-Factor QB with the Blitz Radar ability and five other Superstar abilities. His key stats include 94 Play Action, 93 Throw on the Run, and 93 Break sack rating.

Lamar Jackson is one of the most mobile quarterbacks in history, but struggled a little last season and has wound up with an 87 OVR in Madden 23. Jackson's athletic abilities are unmatched at QB, and he can easily run play-action and run-pass options. His key stats include 96 Speed, 96 Change of Direction, 94 Break Sack, and 97 Play Action.

Herbert proved he is the real deal last year by throwing for over 5000 yards in the season. Herbert's key stats include 96 Throw Power, 90 Throw on the Run, and 91 Short Throw Accuracy. He is definitely a long ball threat who can throw for big plays anytime.

Prescott bounced back last year to rank in the top 5 of passing completion % and has shown he is a versatile QB. His key stats include 92 Deep Throw Accuracy, 93 Throw Under Pressure, and 92 Break Sack. Prescott is one of the best Improvisers in the game and can make quality passes even after a play breaks down.

Burrow led the league in passing completion % and had a breakout year. Burrow earned his 90 overall rating with his combination of athleticism and accurate passing. His key stats include 92 Throw Under Pressure, 97 Throw Accuracy Medium and Short.

Josh Allen has established himself as one of the best QBs with the strongest arm and the ability to stay up in the pocket. He has 99 Throw Power, 95 Break Sack, and 95 Throw on the Run, so he is a Madden nightmare to play against.

Related: Everything we know about NBA 2K23 – Release date, pre-orders, and more

After being in the 99 club, Mahomes has dropped off a little with his rating, but still remains an X-Factor with the Bazooka ability. His key stats include 98 Throw on the Run, 96 Play Action, 95 Throw Under Pressure, and 97 Throw Power. Mahomes is one of the best well-rounded Quarterbacks in Madden 23.

The reigning MVP two years in a row does not have a 99 overall, but still has some of the best stats possible. Rodgers has 97 Throw Under Pressure, 96 Throw on the Run, 96 Short Throw Accuracy, and many more stats in the 90s that make him an extremely accurate and mobile QB.

Brady takes the number one spot again but is no longer in the 99 club. As many consider him the GOAT, Brady had another great season to show that age is somehow not catching up to him. While he is not mobile like many other top Quarterbacks, his pocket presence is the best. His key stats include 99 Short Throw Accuracy, 99 Play Action, and 92 Throw Power.

For more Madden guides, check out All 99 Players in Madden 22 on Pro Game Guides.