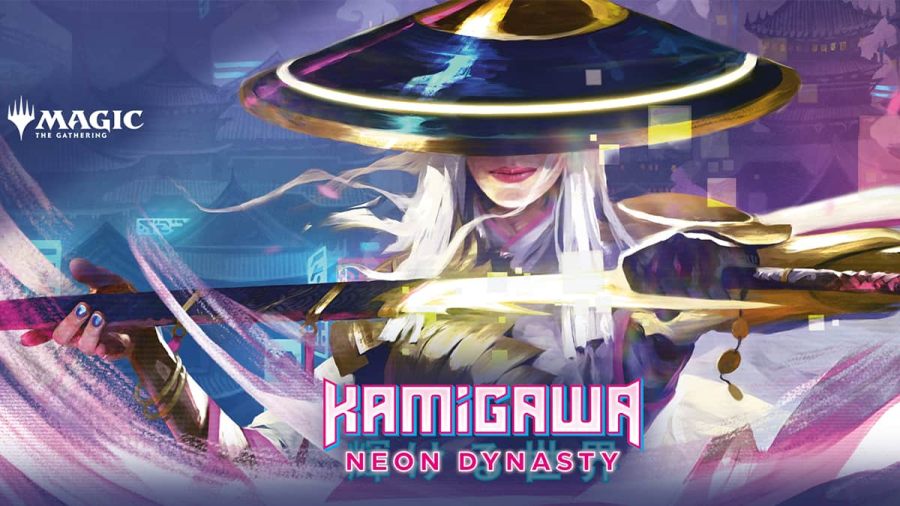 Kamigawa: Neon Dynasty is a set in Magic: The Gathering that combines Japanese mythos, cyberpunk cities, and ninjas. It brings back several mechanics such as Ninjutsu, Channeling, and Sagas, while introducing the Reconfigure and Modify mechanics for the first time. When drafting Kamigawa: Neon Dynasty, it's crucial to have a vision for your deck. Whether you'd like to focus on the swift attacks of ninjas or mana ramp with Sagas, it's best to have a theme in mind before you draft. Come join us as we break down the mechanics and strategies of Kamigawa: Neon Dynasty, helping you draft with confidence.

How to draft Kamigawa Neon Dynasty in MTG

The other new mechanic in Kamigawa: Neon Dynasty is Modify. A Modified creature is any creature with equipment, an enchantment, or a counter. Modify is less of an active mechanic and more of a passive bonus. The card Kodama of the West Tree gives the Trample keyword to all modified creatures, while Upriser Renegade gets +2/+0 for each other modified creature you control. By distributing counters to your creatures and using Reconfigure cards as equipment, you can get the best value out of the Modify mechanic.

The three returning mechanics are Ninjutsu, Channel, and Saga. Ninjutsu is a sneaky mechanic that allows you to swap creatures during combat, at a small mana cost. Channel cards can either be cast at their normal cost, or they can be channeled and discarded to provide a unique effect. Sagas are three-part enchantments that transform into a creature at the beginning of their third turn.

Spirited Companion, Intercessor's Arrest, and Selfless Samurai are three cards that are all cheap and powerful. Spirited Companion may only be a 1/1 creature, but it also allows you to draw a card, making this adorable dog a great choice for your deck. Intercessor's Arrest is similar to the white card Pacify, although it also prevents the permanent from crewing Vehicles. Despite its higher mana cost, this card is excellent against other Kamigawa decks, since your draft opponents will most likely be playing one or more vehicles.

Moon-Circuit Hacker, The Modern Age, and Moonsnare Specialist are three cards that will help elevate your draft game. With the two Ninjutsu cards, you can sub in stronger creatures for extra damage during combat. With The Modern Age Saga, you can cycle your deck and create a flying creature after two turns. If you spot one of these three cards in draft, make sure to choose it for your deck, as these are some of the strongest creatures for their mana cost. If you'd like to test out these cards before drafting, try playing Stealthy Subterfuge starter deck in MTG Arena. This deck contains both Moon-Circuit Hacker and Moonsnare Specialist, so you can see if you like their playstyle before you commit to the cards.

Okiba Reckoner Raid, Twisted Embrace, and Virus Beetle are three cards that can help you gradually chip away at your opponent. Okiba Reckoner Raid is a cheap and effective Saga, plus it transforms into a 2/2 creature that gives your vehicles Menace. Twisted Embrace destroys a creature or planeswalker, modifying one of your creatures in the process. If you attach Twisted Embrace onto a creature, it receives +1/+1, which is a nice bonus. Virus Beetle is an inexpensive creature that reduces your opponent's options, putting pressure on them in the early game.

Kami's Flare, Voltage Surge, and Experimental Synthesizer are three cards that are surprisingly cheap but have excellent utility. Kami's Flare is an instant removal spell that deals three damage to a creature or planeswalker. However, if you control a modified creature, you also deal two direct damage to the opponent.

At only one mana, Voltage Surge is a wonderful removal spell that has the potential to deal four damage to a creature or planeswalker. Even if you don't choose to sacrifice an artifact, the two damage alone makes this spell a great addition to your deck. Experimental Synthesizer is an inexpensive artifact that generates a 2/2 Samurai token with vigilance for three mana. If left unchecked, this artifact can consistently overwhelm your opponent.

Tales of Master Seshiro, Master's Rebuke, and Fade into Antiquity are three cards with impressive benefits. Tales of Master Seshiro places +1/+1 counters on your creatures, giving them vigilance until end of turn. After two turns, it transforms into a 5/5 creature with vigilance and haste. Five mana for a 5/5 creature is already a decent cost, but the two free +1/+1 counters make this Saga worth putting in your deck. Fade into Antiquity is a simple removal spell that exiles a target artifact or enchantment. For three mana, there isn't a reason to let this card pass in draft.