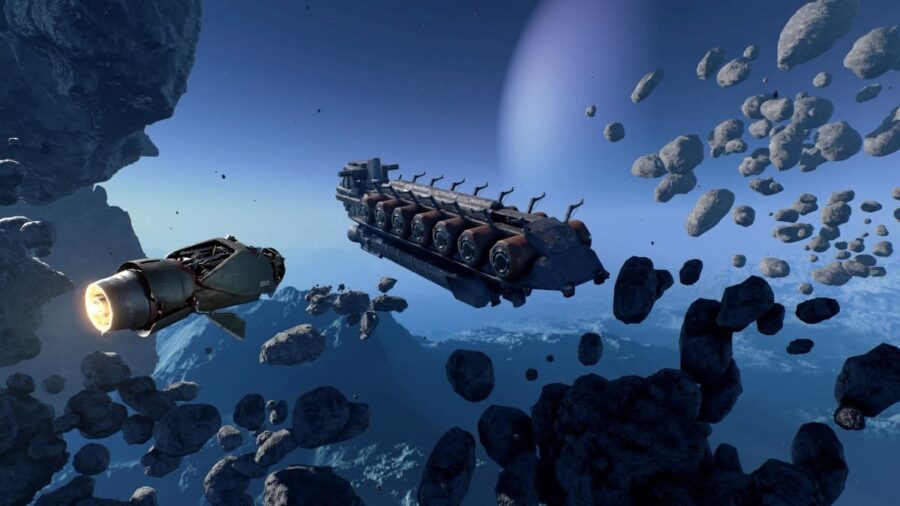 Where does Security Personnel spawn in Marauders?

Interceptor ships tend to spawn similarly to Merchant ships but much farther away from the primary Raid Target. Regardless, both ships will have heavily armed guards patrolling the ships. The heavily armed guards you can find on both ship types are what the game considers Security Personnel. Because of this, if you want to find and kill at least eight Security Personnel to complete the Legend begins Core contract, you must farm both Interceptor and Merchant Ships.

Related: Where to find Silver Coins in Marauders

How to board Interceptor and Merchant Ships in Marauders

To board Interceptor and Merchant Ships in Marauders, you must locate an Escape pod. Escape pods have a dual purpose of serving as both a means of escape and boarding other ships in the game. That said, you can find Escape pods near your Ship's Engine room. After boarding an Escape pod, fly it near a Merchant or Interceptor ship and press the F key when the board option appears.

However, while flying towards Interceptor/Merchant ships, watch out for enemy player ships and turret fire from the ship you want to board. We recommend flying toward the ship from its lower side to minimize potential risk. After boarding a ship, you can find Security Personnel roaming the halls you can kill to complete the Legend Begins Core contract. However, while exploring the ship, we recommend watching out for players camping where you board the ship and the Escape pod area.

For more awesome guides on Marauders, we at Pro Game Guides have you covered with the following: Can you play Marauders solo? and How to repair weapons in Marauders.

Where to find Security Personnel in Marauders